Time (and tons of DLCs) will tell if Imperator: Rome will soar as high as its eagle standards, but until then there is an active community working on Imperator mods. They’ve not wasted any time in changing the vanilla experience of the game into something with a bit more flavour – or, in the very least, something easier to swallow.

As usual – and this is especially important for new players of Paradox titles – we’ve gone over how to mod your game at the bottom of the article. The vehicle we’ll be using is Steam Workshop which makes adding mods to any Paradox title easy and simple. You don’t need to go raiding the forums for this one although it’s always worth checking them out for other, more creative mods that can’t use Valve’s built-in modding tools.

Imperator: Rome is over a year old now and while it might not shine as bright as its new sibling Crusader Kings III, the modding community has already put forward some great user creations to enhance the experience. The current Imperator: Rome version is 1.5 Menander, so make sure you check to make sure which version the below mods are compatible with.

Here are the best Imperator mods so far: 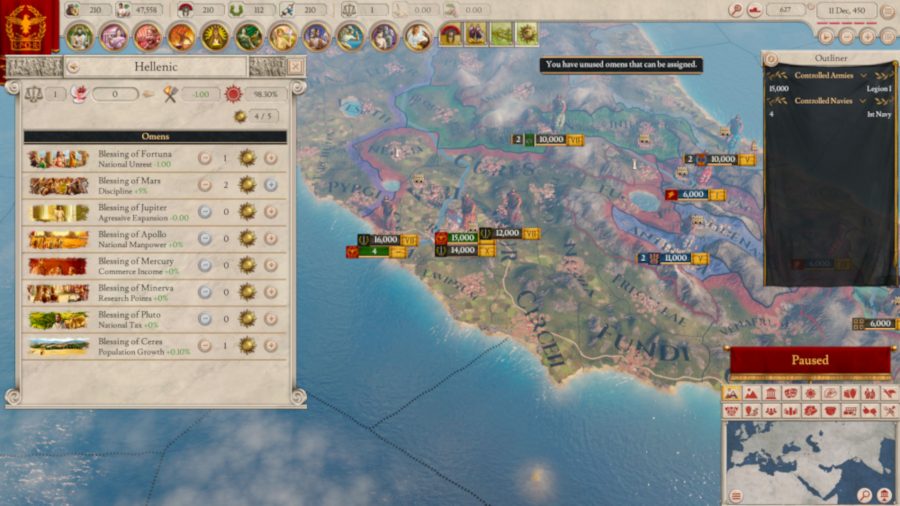 Our first stop for our pick of the best Imperator mods is one that claims the Veritas et Fortitudo mod for EUIV as its creative influence. Like many of the overhaul mods for other Paradox games, Gladio et Sale focuses on adding an added dimension to the overall gameplay experience with its keynote stability mechanic. This new mechanic adds a bit more depth to provinces allowing a certain amount of much needed “drama” to be played out in the act of conquering and holding onto provinces.

More like this: Here are the best 4X games on PC

While this may not fundamentally fill the need for greater immersion in the gilded museum known as vanilla Imperator, it is a step in the right direction. With the game being still relatively early, this mod – and its mission statement – will go a long way in establishing one of the first total conversion mods for Imperator.

The mod is not without its drawbacks as it’s still in early development and even its centrepiece to the player trying to conquer the world. However, it can add a bit more vision to the game which helps to alleviate some of the staleness of vanilla play, at least until more DLC arrives next year. 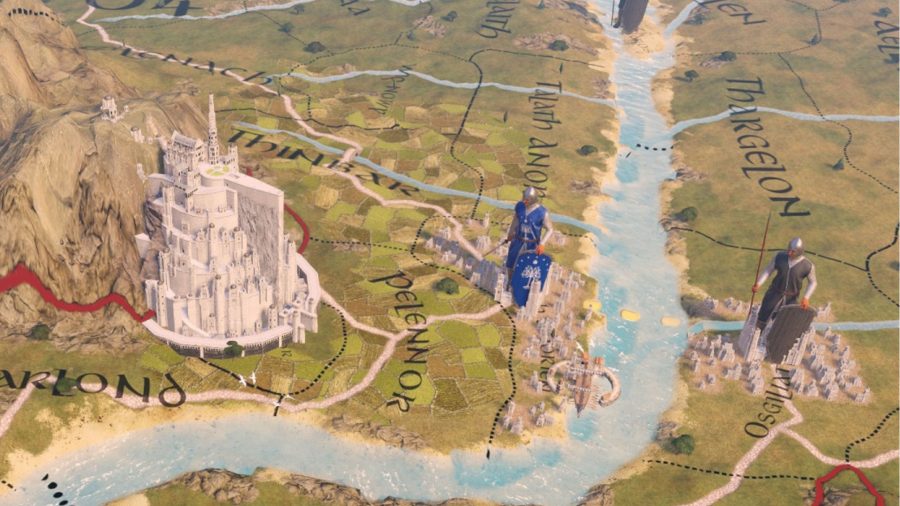 Lord of the Rings – Realms in Exile

By far the most complete of the total conversion Imperator mods available, Realms in Exile transports the player to a lovingly crafted version of Middle-earth. Fleshed out in incredible detail, this mod is a labour of love that aims to capture the geopolitical complexity of Tolkien’s opus.

While still only in early beta, it shows incredible potential and, so long as the team keeps working, will likely be at the top of Steam’s Imperator Workshop top subscribed mods for some time.

Even incomplete, this isn’t one you should miss out on. Do note, however, that I had some unfortunate crashes to desktop while playing. Not enough to ruin the fun, but enough to keep in mind that the mod is still in its early stages. 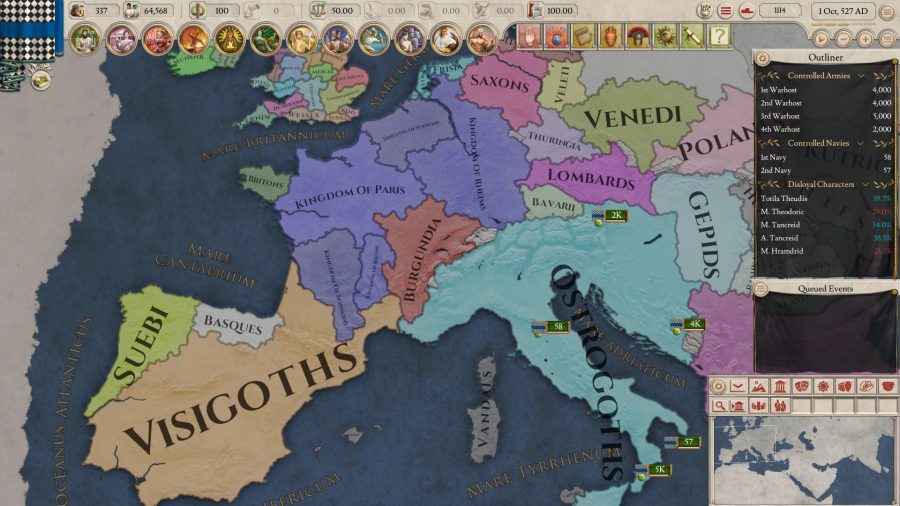 ASHES OF EMPIRE: THE DARK AGE

“The noble Brutus hath told you Caesar was ambitious,” and so is Ashes of Empire. Trying to bridge the historical gap between Imperator and CK2 Ashes of Empire seeks to bring the player into the realm of Late Antiquity and the start of the Middle Ages. This is a world where the Western Empire has fallen and barbarians set up their thrones in the Eternal City and its former provinces. Will the player fulfil the ambition of a Justinian… or carve out a new double-headed eagle in the East as a Barbarian Holy Roman Emperor?

While we can almost certainly bet that this time frame will be covered in some future expansion either for Imperator: Rome or for Crusader Kings II, this mod gives the player a chance to experience an exciting and often misunderstood era in European history that is beautifully rendered in the gorgeous skin of Imperator: Rome. Still in its alpha stage, this mod still has a lot of development ahead, but from what is being set up so far, it may prove to be a popular choice for “megacampaigners” who want to take their tiny Germanic tribe in Imperator: Rome all the way to the stars in its Stellaris end game. 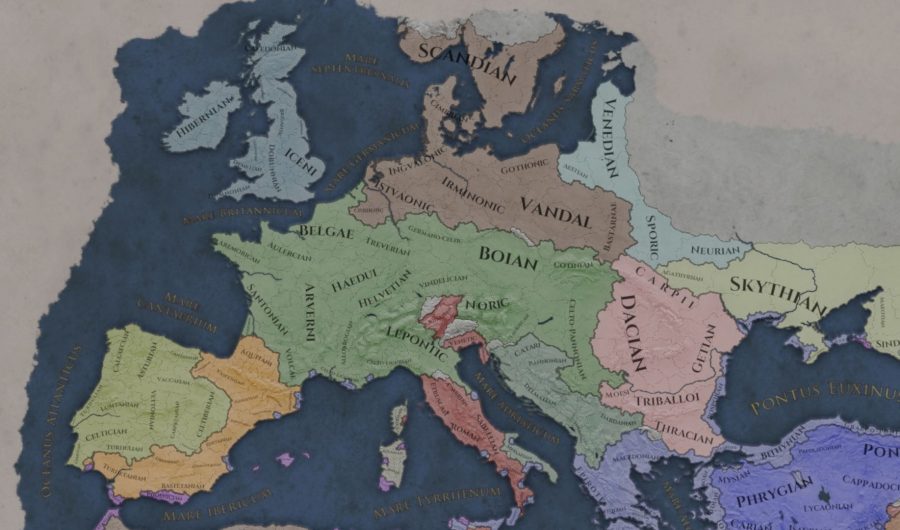 While it’s almost a certainty that Paradox will be adding content to differentiate the gameplay and immersion for the barbarian realms in future DLCs, it does not need to stop a player from seeking out the northern wilds now. Boasting dozens of new tribes and formable polities, Barbaricum offers a better experience for anyone looking to start as a barbarian civilization – or for greater challenges and drama for those of us civilized enough to fight them.

Supported by some solid research into the various tribes, this mod adds some extra granularity to gives that vanilla experience a little bit more of a rocky road crunch.

While it might seem like a minor issue to some, that many of Europe’s major rivers were actively navigable for fleets had a massive impact on the history of the time, not just to military activity but for trade. While Paradox has been active in the extending the built-in navigable river systems post 1.1, this mod adds 28 – 22 more than the base game, including the Danube, the Dnideper, the Elbe, and the Volga. 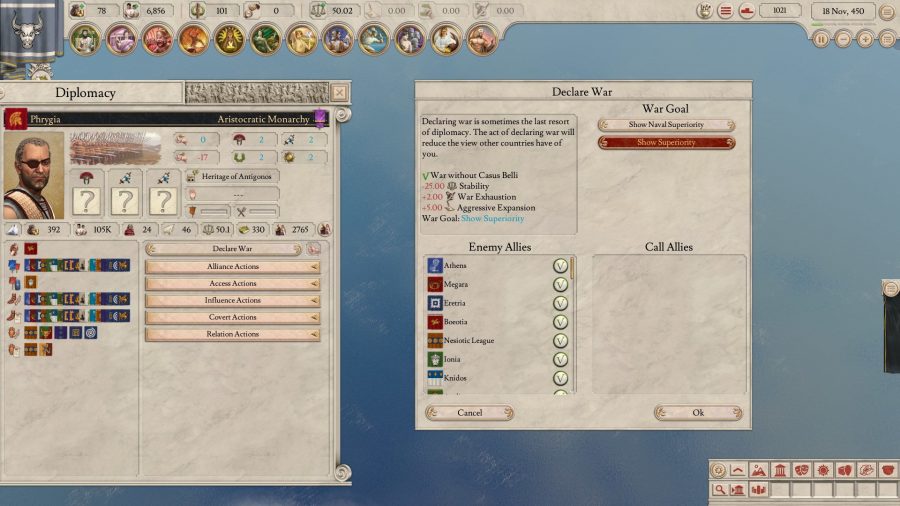 Sometimes a mod simply has to increase one’s quality of life to qualify as a game changer in a very real sense. Movable Windows does exactly what its title suggests: now all of the statuesque interface windows can be shifted around in order to provide absolute ease of access for the player. Simple yet effective, it adds a degree of freedom for a game as point and click intensive as Imperator. The visual style can be more fully appreciated with this mod.

The interesting story about this mod is that there is already built-in (but disabled) support for movable windows in Imperator itself. Why the developers decided to have fixed windows is perhaps an aesthetic choice, but players can certainly now enjoy the option of having the option enabled for them. Sometimes mods don’t require a lot of code or be original in order to be useful tools for players. Note that this mod is not Ironman mode compatible.

At launch, Imperator’s buildings were barebones, to say the least. While subsequent updates did a lot to help remedy this poor state of affairs, there is still a lot of room for improvement to make the building feel worthwhile and strategic. While this is probably a situation that will be fleshed out further down the line, you can unlock some building diversity without having to pass through a DLC paywall with this mod, which adds some extra flavour to the game’s base buildings with some slightly different bonuses that incentivize diversifying your cities.

I also wouldn’t be surprised if this mod gets integrated into larger overhaul mods that are sure to crop up in the future. For now, since it doesn’t disturb many other files, this mod can be easily compatible with other modifications out there so that one can hodgepodge their total conversion together. 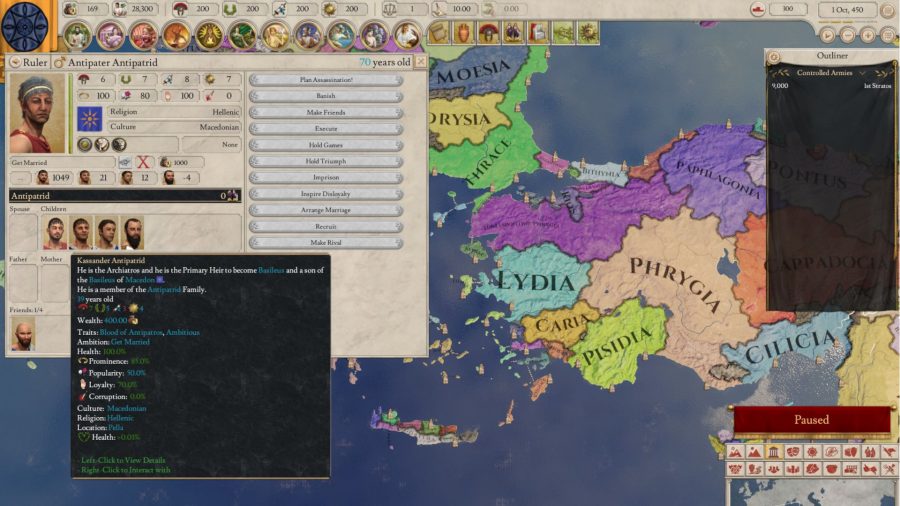 One of the most interesting and perhaps overlooked periods of ancient history was the period of the Diadochi: the successors of Alexander the Great and the various Hellenic empires they forged after the death of their great leader. It’s certainly a great boon that not only is Imperator Rome-centric, but that it includes the opportunity to delve into the drama of these successor kingdoms in the East.

To that end, Diadochen aims to magnify this experience. Instead of a romance of three powerful kingdoms in the vanilla start date, Diadochen aims to rewind the clock to the time when the wars between these successor states were just beginning. Now, the player can choose which of the various generals and vassals of Alexander to bring to new heights and hopefully reunite Alexander’s empire. More than this, it is refreshing to feel someone who loves and studies ancient history take a stab at creating a historical scenario to delight the dramatic and ambitious alike.

The original author of this Imperator mod stopped updating towards the end of 2019. Someone else has taken up the mantle and uploaded this mod again and made it compatible with version 1.4, although we’re not sure what further development will be considered.

HOW TO MOD Imperator: Rome

Steam Workshop has thankfully made the whole process as easy as clicking the subscribe button on the mod you want and Imperator will automatically download it and add it to its launcher. From there, the player can choose to enable or disable any mod of their choice. Here are some essential tips for modding a Paradox title via Steam for the first time:

Rarely, some Imperator mods are only found on the Paradox Forums, so head over there to find the instructions on how to install them. However, this may not be applicable to a game as new as Imperator. You can also google search large mod wikis in order to find instructions for installation.