Take a moment to think about this: there have been around 6000 new games released on Steam alone this year. That figure is ridiculous. How are any of us supposed to keep up with a backlog that big? It’s simply not possible – instead, we have to pick and choose from the towering smorgasbord of PC games thrust into our overwhelmed faces. Terrible, isn’t it?

Given that huge volume of new releases there are bound to be a bunch of games that passed you by this year. Small, independent titles in particular, no doubt – ones that you either don’t know about or bypassed in order to play the latest big release.

Well, listen up: it is now time to give those games you missed a chance, OK? Below we have picked out five that are absolutely worth checking out. You will have a good time with at least one of them. Promise.

Here are the best big games of 2017 you should play if you haven’t already. 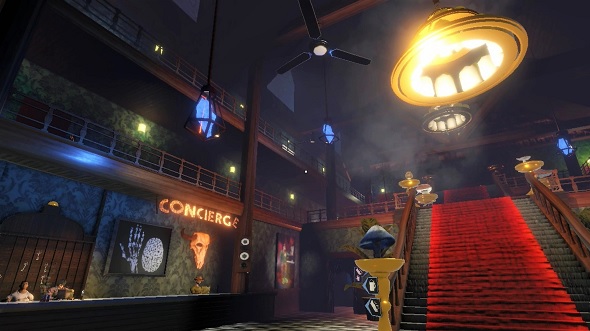 The Norwood Suite is a first-person adventure game set over the course of a single night. You have to wander the hidden hallways and bizarre guest rooms of its strange hotel, mostly catering to the desires of the peculiar folk within. You rifle through drawers, find lost instruments, and piece together a costume, all in order to reach your destination – the discoteque in the basement.

The Norwood Suite is the latest game from Cosmo D – a jazz musician who has somehow figured out how to translate the freewheeling experimentation, the jives and the crescendos, of his music into the videogame form. The interweaving architecture of the hotel along with the baffling conversations you have with its wild cast of characters make it one of the most memorable games of the year. 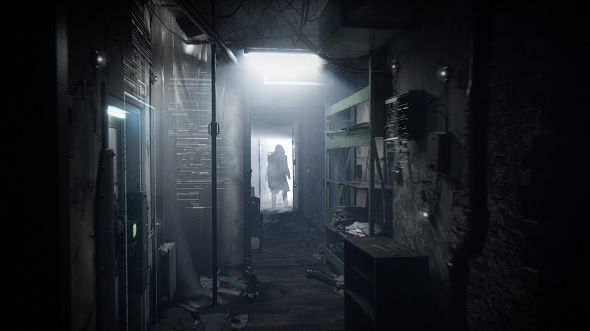 It seems odd to say a game starring husky-voiced actor Rutger Hauer might be in any way obscure, but Observer really hasn’t had enough praise. It is billed as a cyberpunk horror game but is much more than that generic labelling lets on.

What Observer should get recognition for is its clever use of the glitch aesthetic to create a unique and brilliant sense of terror. The visual and audio work crafted in order to compose this opera of data errors is more confident in its execution than it has any right to be.

The tale of a detective who can hack into people’s minds, hunting down drug users, VR addicts, and those with illegal neural implants in the year 2084 is only the wrapper. Where Observer comes into its own is when you head inside those criminal minds, where memories are fragmented, time repeats and skips, architecture frazzles and fractures, and flocks of crows fly through walls.

We all know that there is little more horrifying than a glitch ripping a game to shreds. Observer doubles down on that to become a horror game like little else in the genre, at least as far as visuals, use of space, and audio goes. 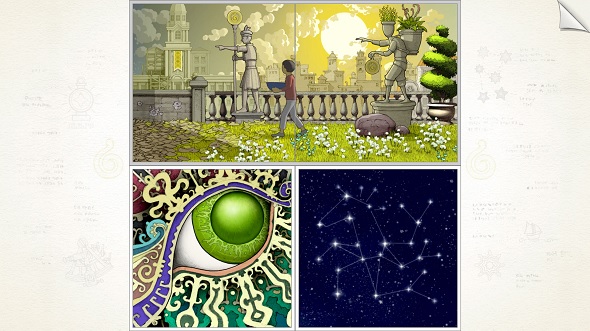 Jason Roberts has spent years drawing the illustrations and animations of Gorogoa. Fitting, really, given that this visual puzzle game follows a man’s life as he pursues a single ambition over the years.

Gorogoa, then, is about as personal as a game can get. But you might not know it if you spend all your time wrapped up in adoration of its panels. Roberts borrows from comic books so that you move characters from one location to another by dragging frames around. Sometimes, to solve a puzzle, you put the panels adjacent to each other so they bind to form a landscape. Other times you put a frame on top of another so the overlap shrinks the distance between two faraway places.

What unfolds within this magnificent blend of puzzle play and storytelling is easily one of the most accomplished videogames this year. Gorogoa doesn’t tell you a thing, it only asks you to look into its illustrations and to make the connections – whether they be between two connecting panels, or the strands of a man’s life who is stuck between imagination and reality. 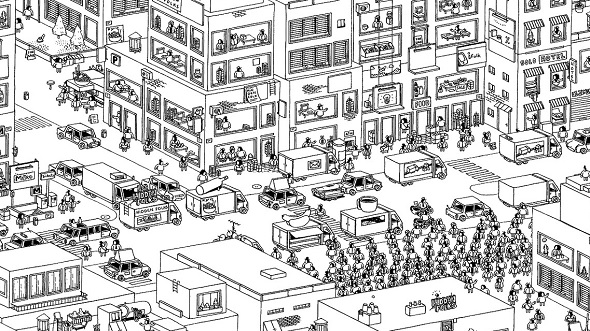 You are probably familiar with Where’s Wally (or Where’s Waldo, for those of you on the other side of the Atlantic). Take that concept – of finding a single person in a crowd – make it interactive, and you have Hidden Folks. This is another visual puzzle game but one that offers a much different, and more immediate, type of joy to Gorogoa.

The idea is to scan its large, bustling canvases to find not one person, but many. It might be an explorer in a jungle, a squirrel in a cul-de-sac, or a musician in a subway. Scouring these tableaus could have been tedious – this is, after all, a game all about staring at a screen – but there are plenty of jokes and amusing interactions that bring each of the black-and-white scenes to life.

Most brilliant is the game’s audio. Every sound has been mouthed by the developers, so that you hear air bristling through pursed lips for wind, a strained creak of the throat for a door. The charm here is laid on thick. Every kid will want to play with this once they see and hear it in action.

With the theatrics of its casino mansion and bourgeois cast of mask-wearing murderers, The Sexy Brutale offers a treat for the eyes, velvet reds and expensive purples washing through each of the rooms you view from an elevated, isometric perspective. But there is much more to the game than its extravagant set dressing.

This is a murder mystery stuck in a loop. You experience the same hours leading up to midnight, over and over, each time trying to stop another one of the guests from being murdered. What proves almost refreshing about The Sexy Brutale isn’t that its puzzles will catch you out but that they are designed to avoid hours of you being stuck at a single point.

That does not mean the puzzles are not inventive – they simply never frustrate. That means the game’s narrative is able to take centre stage, as well it should. No spoilers here, but you will want to get to the end in order to have the revelations wash over you, whether you predict the twists and turns or not.

The developers of The Sexy Brutale clearly knew what they were doing with it, knowing when to hold back information and when to drop hints. It is a wholesome piece of work that should leave you satisfied – and a little sombre – by its end