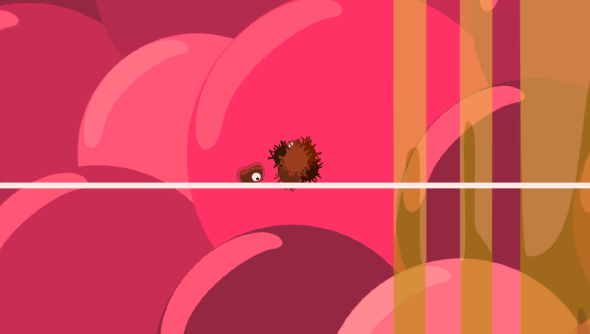 The Arbitrary Gamejam is a misnomer; it’s actually named in very deliberate fashion, the last two words of its title portmanteaud into one, so that its acronym spells out TAG.

Reason being that each winner of TAG hosts the next one – bringing more traffic to their site and eager fingers to their games. It’s a weekend-long, low-pressure platform designed to expose underappreciated indies. And on Thursday, former winner and 2D puzzle games specialist Nick Udell will reveal this arbitrary-four-week-period’s themes.

Two or three themes will be decided upon using a random word generator – arbitrary enough to encourage outside-the-box thinking and wild combos. One of last month’s was ‘Wrecking – Reducing to a State of Ruin’, and its highlight bore the following blurb:

You’re a member of the Beastie Boys. You’ve got to survive the only way you know how – rhymin’. Quick, here comes a rhyme right now!

“It’s this sort of creative madness we try to foster with TAG,” said Udell. “I can’t think of a better system right now for giving underappreciated indies some limelight.”

The jam will begin at midnight on Thursday and run til the same time Sunday.

“Sign up is absolutely not necessary,” writes the host. “But it is recommended to meet the competition and socialize.”

Signees and non-signees alike will need to pop their finished games in a submission thread, which will presumably be where we can download and play them come Monday morning.

Can you think of a more creative interpretation of ‘Wrecking’ than the one above?