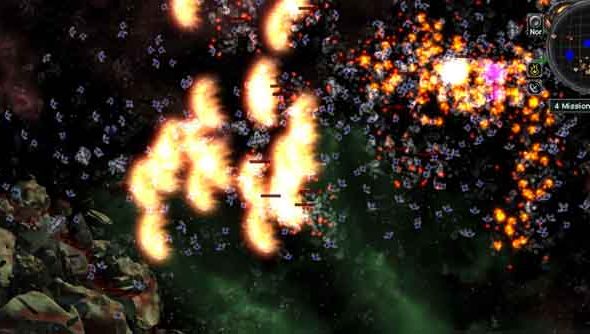 Arcen Games are all about the value for money at the moment, as well as giving away the sequel of A Valley Without Wind for free to all owners of the original, they’re now releasing a vast update to the three year-old AI War: Fleet Command. On top of this they’re also releasing Ancient Shadows, a new expansion. Both of which are hitting the internet on 19 October, this Friday.

According to a post over onArcen’s site, these are the key features of Ancient Shadows:

Now, I would copy and paste the patch notes to the 6.0 update. However, as they stretch into the 65,000 words I will instead link you to the document.