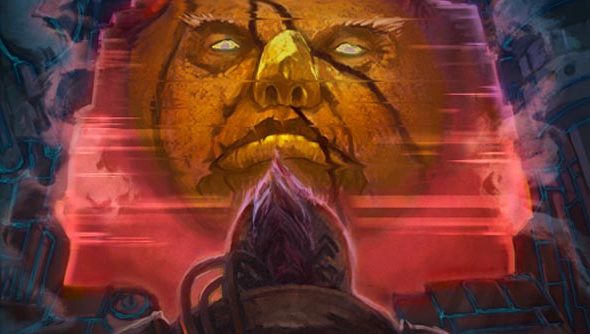 We already wrote about the in-development sequel to Barkley: Shut Up and Jam: Gaiden, Barkley 2 (though this isn’t its full name, that’s saved till after the break), but then it was just a glint in the developers’ eyes. Since then a Kickstarter has launched, the funding target has been reached, and some of the stretch goals that came after have been unlocked too.

What I’m getting at is it’s about time we covered the damn thing and told you about the Cyberdwarf body pillow.

So, as I said up top, the sequel toTales of Game’s Presents Chef Boyardee’s Barkley, Shut Up and Jam: Gaiden, Chapter 1 of the Hoopz Barkley SaGa has a sequel in the works, titledThe Magical Realms of Tír na nÓg: Escape from Necron 7 – Revenge of Cuchulainn: The Official Game of the Movie – Chapter 2 the Hoopz Barkley SaGa.

To bring this title to the masses it has required some support from the masses. The Kickstarterpledge asked for a relatively modest $35,000. Well, it got that. Then it hit its $50,000 stretch goal, and continued hitting goals till where it sits now, at $62,000, with 25 days left on the clock.

Have a look at the pitch video before we talk about the Cyberdwarf body pillow: A reward tier to truly be envious of. At $100 it will likely be out of many gamers throwing around money, but for those backers who can afford it it shall make many a cold lonely night somewhat more manageable.

The sequel plans to take the Barkley out of the turn-based Final Fantasy-esque combat of the first game and place it into the realm of the ARPG. Meaning real-time combat, behind the scenes stats rolls based off weapon stats and character builds, and all in all looks to be quite a different game. Well, a different game that still maintains the dirty, basketball apocalyptica,cyberpunk stting.

Really looking forward to getting my mitts on a copy of Barkley 2, mainly to see if they can live up to the potential of crossing the humour of the first game into the new gamestyle and expanded length of the second.

{"schema":{"page":{"content":{"headline":"Barkley 2 passes Kickstarter goal and a number of its stretch goals. Looks like the internet want to play with an amnesiac baller","type":"news"},"user":{"loginstatus":false}}}}