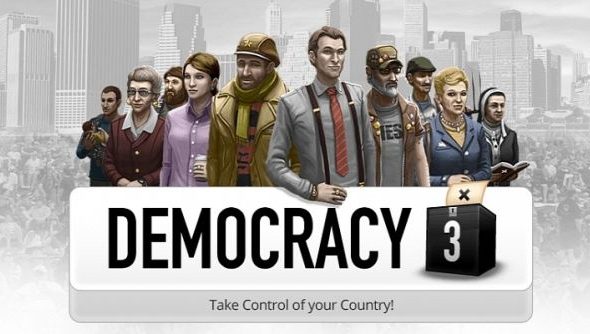 Cliff ‘Cliffski’ Harris, the one-man band behind Positech Games, has been suffering at the hands of the mad men recently. Whilst trying to buy some advertising space for his latest political strategy game Democracy 3, he found his attempts to market it were thwarted by the most bizarre piece of policy. The advertising agency refused to use his advert because the banner promoted politics. They deemed the subject too controversial.

Apparently these days politics is considered a more taboo subject than violence. Understandably, Cliffski flared up a little. 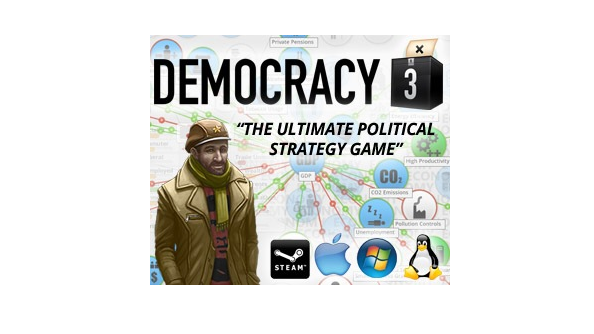 Above: The offending advert. Oh, the horror!

In a blog post, Cliffsky explained that he was using a big game-advertising agency’s self-service system to place an ad for Democracy 3 on a pretty major US games site. After uploading his self-made banner, the system threw out a message simply stating: “I’m sorry, but your ad banner is inappropriate.” Cliff questioned the agency, but they simply said “I apologize, but we can not promote any politics as this is a sensitive topic.”

Cliff saved his response for the blog, but wrote how he failed to understand such policy. “WTF? I bet ads for games like hitman, or GTA, or games where you get slow-mo closeups of people’s skulls being blasted apart by high-caliber bullets are just fine. But discuss income tax? OH NOES THE WORLD WILL END!” He went on to discuss how the extreme violence in the recent Mortal Kombat reboot made him feel sick, and how angered he felt that that kind of violence passes unquestioned in the industry, but a game about government-simulation was somehow considered too controversial to be marketed. “It’s stuff like this that sometimes makes me ashamed to be in this industry. Half of the industry wants to be grown up and accepted as art, the other half have the mentality of seven year olds”

In a more lighthearted finale, Cliffski jokes “My next game will be gratuitous homicide battles. I bet everyone will let me promote that one eh?”