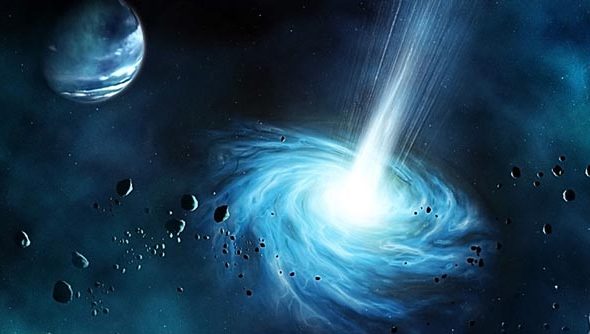 Few can honestly say they’ve not looked up at the stars at night and said “That, my friend, would be the best set of decks for mixing stems. See how Saturn’s rings look like an old 45, and the meteors resemble glowsticks thrown out into the crowd, and the dust clouds look just like weed fumes when caught in a strobe light. It’s as though God is a DJ”. Yes, you are not alone in your midnight banter.

Martin Onions is developing the game for you.

He’s also making for the people who like to play with spinning planets around the universe.

Check out his Kickstarter video below.

So each planet represents a different stem and by placing different planets in orbit of a sun you can develop complex overlapping tunes. The speed which you set it to orbit increases the beat and, well, after that it’s not too clear how it all works.

Onions is hoping to build a game that provides a simple, powerful, visualway to mix music and he looks to have hit on a novel setting.

You can see it at work in this footage:

He’s looking for £10,000 to develop DJ Space, and he wants it to be an open platform for people to submit music created from the game but also new tunes to be added to the planet sandbox.

You can read more about it on his Kickstarter page.

The challenge with a project like this is making it something more involved than a gimmick that you throw 40 minutes at and never return to. I can imagine sitting down and throwing a few planets together before growing frustrated that it doesn’t sound like Ellie Goulding and walk away. The footage of the game looks very easy to play with but a little confusing to use intelligently. Onions says there are more than a thousands samples to choose from, well, if that’s the case, he better have a really good system or searching through them. If they only identifier for a sample is a picture of a planet then it will be easy to make finding the right piece a matter of going through them all one by one. Not an efficient method.

With 26 days on the clock, there’s still a long ways to go for the potential problems to be explained away in updates.