Tackling themes like mental illness and memory alteration through a sci-fi lens, Ether One is shaping up to be an interesting and evocative adventure, as well as one hell of a debut from Manchester’s White Paper Games.

I braved the Northern rain to have a poke at the opening chapter. They are still mid-way through development, but already this first person adventure game combines classic adventure sensibilities with a world reminiscent of films like Eternal Sunshine of the Spotless Mind, Inception and The Cell.

Ether One is all about entering the mind of another person, to explore and interact with their memories. You’re tasked with being injected into the mind someone suffering from mental illness, with the intention of helping to restore her mental state. You start off in a sterile lab complex and, after completing a few procedures, you’re injected into a representation of a small coastal mining village, constructed entirely from the patient’s memories. 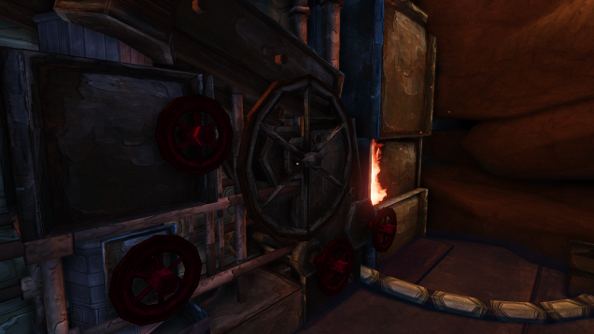 It’s played from a first person perspective with WASD controls, and the story is told through what you see in the world around you, snippets of voiceover from people talking in your ear, and your own actions. The challenge comes from solving puzzles, which involves piecing together information from your surroundings, putting the right object in the right place or interacting more directly with something in the environment. You’ll be wanting to keep a pen and paper around for keeping track of clues, as there are details tucked away that might seem redundant at first, but will be relevant to puzzles later on.

I didn’t encounter any puzzles in the opening chapter that would be interesting enough to carry the game alone, but from what I have played the game’s strong point is going to be the storytelling. Effective use of professional voice actors adds lots of tension to an already interesting premise. It’s a bit of a looker, too. Despite coming from a relatively small team, the visuals definitely impress. There’s some really striking use of colour, and everything has a subtle dreamlike feel to it once you’ve entered the patient’s mind. 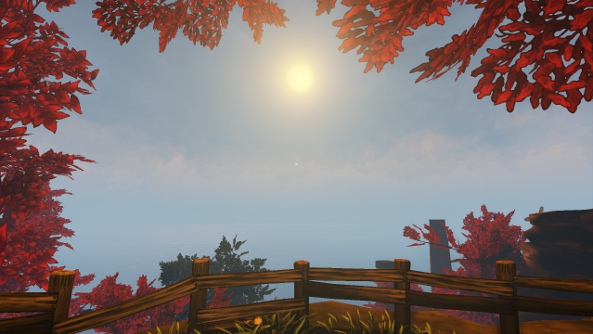 I had a quick try of their Oculus Rift support, and it was fantastic. Even though it was on the low resolution dev unit, and they had only just began to implement it, I found it to be really atmospheric. I was mostly just glancing around a small interior, but the sensation of looking at some flowers on a table, or light coming in through a window, was remarkably believable.

It’s not yet clear to me exactly how the different pieces of Ether One will fit together upon completion, or in what direction the narrative will go, but I’m excited to find out. It just recently emerged successful from Valve’s Greenlight popularity contest, and is due out some time later this year.