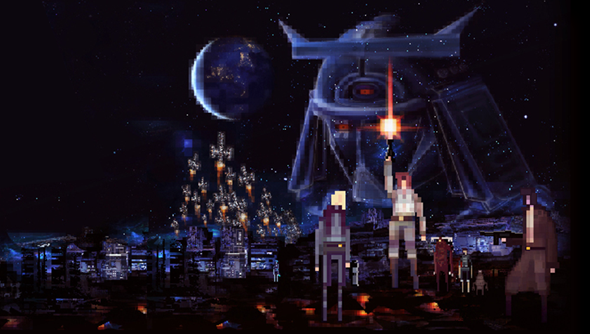 “In the wild space, everyone tries to survive the best they can,” writes Mickaël Mancini. “Some use diplomacy, some prefer sneaky methods, but most of them will find a greater interest in fighting.”

You’ll build a ship, crew it with a multitude of alien species – all of whom are suited to different tasks – and explore the galaxy making profit where you can.

From the trailer you can see that the game shares more than a little with FTL:

Your ship is separated into different rooms for different systems – engine room, brig, lab, etc – much like in FTL. But Galactic Princess looks to go deeper than FTL for interacting with your crew. You can equip them with different items, arming them for their purpose. You’ll want your toughnut aliens loaded up with swords and armour for repelling invaders or boarding other ships but your engineers need to be tooled up for repairing ship systems. 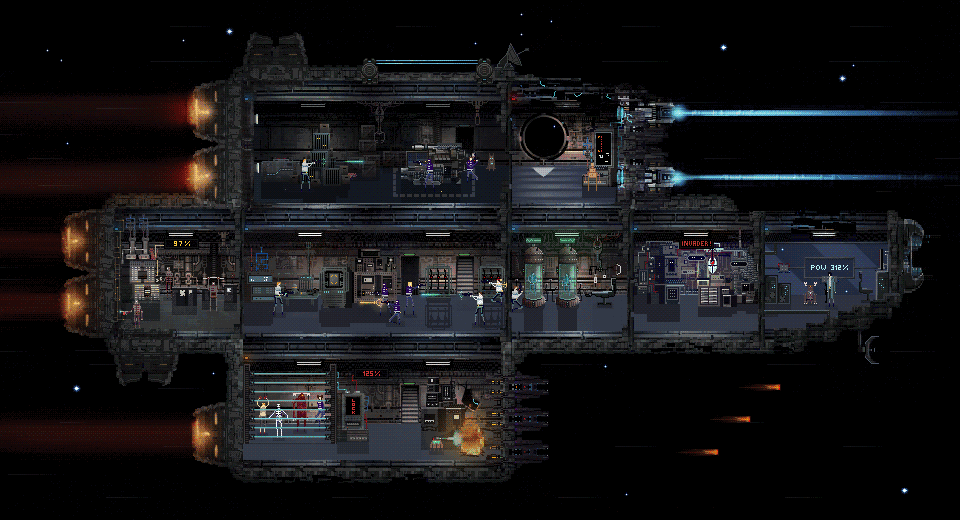 As a smuggler you’ll be trading in goods “from perfectly normal space bananas to pricey and dangerous contraband such as: space drugs, and even slaves.” So, in that sense, it’s like a 2D Elite. There are even space police to trade bullets with.

The game’s website is full of details on the various classes and species to find in the game. It details the robots, pets, police, and alien races you’ll come into contact with.

Deep in the forums you’ll find details of the Galactic Princess’ ship construction and navigation systems. Depending on how you build your ship, what engines you fit it with and where fit them it will maneuver in a wildly different manner:

Asteroids look to be a common threat within the game and, if that trailer is anything to go by, they can leave you stranded in space at the mercy of any good samaritan flying through the system.

Mancini plans on launching a Kickstarter campaign and Greenlight page for Galactic Princess this January.