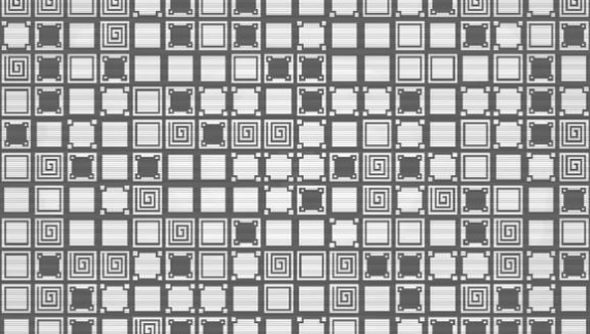 At Global Game Jam 2011, a Vlambeer-led team made a game, and its players put it to the knife barely a day later. We talked to Rami Ismail to find out how.

By some blessing, GlitchHiker’s creators didn’t have to see it go. The team of five game developers and one musician were sat in a nearby bar when the text came in – like the hushed doctor, arms folded mutely in front of him – to say that the game didn’t have long left, that they should make their goodbyes before the end. This pioneering group of indie developers had built a game that was programmed to self destruct. Now, the curtain was falling.

Over a stuttering mobile connection, the team monitored GlitchHiker’s final breaths – three lives left, then one, then a jump back to three. Despite themselves, they hoped that the game had found a new saviour, a last minute reprieve.

“ERROR,” read the game’s deletion log, moments later. “The SYSTEM is EXTINCT.” GlitchHiker was dead. Six men raised a toast to its fleeting existence, before sitting back in their seats in silence.

The theme of Global Game Jam last year was extinction. Over the course of an idle weekend, at sites all over the world, thousands of game developers threw themselves into all kinds of loosely doom-themed projects. A combination of good planning, luck and lack of sleep ensured that many of them were playable two days later.

At the Dutch Game Garden in Utrecht, one such team had begun to wrap its heads around the problem of a new game. Rutger Muller – the musician – had expressed an interest in some kind of glitch-based composition.

Amongst them was Vlambeer’s Rami Ismail: “We told ourselves to disregard all the obvious options: dinosaurs, meteors, plagues, zombies – those weren’t ever considered.

“After a few hours of brainstorming, we had distilled some wild ideas about a dying world down to a dying game. The glitch music would indicate the world slowly falling apart.”

Its course set, the team split itself down the middle. Vlambeer’s Jan Willem Nijman would work alongside Super Crate Box artist Paul Veer and Muller in building the game’s graphics, sound and mechanics. Meanwhile Laurens de Gier, Jonathan Barbosa Dijkstra and Ismail set about creating the tools that would kill it.

GlitchHiker was in its prime a colourful game, and the noisy 8-bit break beat charm of Muller’s soundtrack ensured that it attracted curious punters on the Game Garden floor. Once caught in the honey trap, new players would have the game’s back-end explained to them – the cruel life-and-death system that de Grier, Dijkstra and Ismail had been working on.

Upon starting a new game, players were told, they would deduct a single life from the game’s finite pool. Every 100 coins collected in-game would add another life to the pool. In practice, that meant players would have to score 200 points or more to improve GlitchHiker’s health, and at least 100 just to break even.

“Some people got out of the chair and apologised,” says Ismail. “They’d rather not gamble on GlitchHiker.”

As the number of lives in the pool inevitably began to drop, the game’s health visibly and audibly deteriorated. Its sickness became increasingly evident in the glitches that obscured parts of the screen, and at those times in which the action froze entirely; the game would hang for seconds, before lurching horribly back into life.

The team found that, faced with the results of their failure, players felt responsible, even guilty.

“The moment where we understood GlitchHiker was different was the first time someone sincerely apologised for not scoring 100 points,” says Ismail.

“Most people that failed apologised in some way or another, some hanging around and leaving relieved when the next player would make up for it.”

Other players who scored consistently highly dedicated themselves to protecting them game over the weekend – one played for six consecutive hours to nurse the game better. Yet despite their efforts, GlitchHiker eventually succumbed, automatically shutting itself down as the last life drained from the system. The game, to all intents and purposes, is dead, says Ismail. “The source code isn’t available. What we have left is an executable that doesn’t run, because it’ll tell you it is extinct when you boot up the game.”

GlitchHiker exists now only in scant YouTube videos, the memories of its players and in articles like this one. The team doesn’t know who delivered the final blow, but it hardly matters. Every punter who sat down in front of GlitchHiker’s arcade cabinet contributed to its end, each a Brutus to its Julius Caesar.

“We’ve been looking for the right word for it in the months after GlitchHiker,” says Ismail.“The word that fits best is empathy. The story of GlitchHiker wasn’t so much in the game, as it was a thing happening to the players.

“That breeds the circumstances in which responsibility can exist – in which guilt can exist – and in which such emotional attachment can happen.”