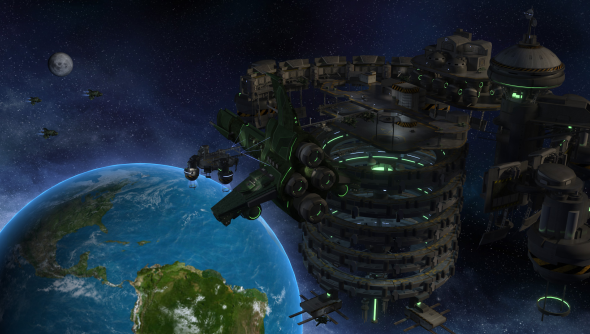 Turn-based 4x strategy game Horizon just got significantly bigger. It’s currently in beta and on sale through Steam Early Access so it’s no big surprise it’s been updated but the size of the release is impressive. There are seven new playable races and 84 new ships spread among them.

This is only the game’s second beta release since going on sale back in July but if they continue to be of this size it should keep the players happy.

I mean, besides the major features, look at all the changes this update brings:

* Ability to fully customize your race with race templates

* Don’t want to play as Humans? Select one of seven additional races for a different experience (includes 84 new ship models and other assets)

* You can now design your Starbase before building it

* Toxic planets can now be cleaned up and highly polluted planets can turn toxic, faster with the appropriate Ecological Cleansing technology

Other changes and improvements:

* Planetary building benefits are now affected by the structure condition

* Intelligence sharing has been added (available when friendly, automatic with alliance). Shares info about other races

* Mercury and Venus planetary resources changed from poor to abundant

* ETA of ships in movement now account for JumpDrives

* Planetary building benefits will now scale more appropriately. Also fixed an issue where farming without buildings did not function on terran planets

* Text alignment improved on certain screens and other updated visuals

* Added Stations to the design screen

* Each weapon now has a unique SFX

* Options has been added to the main menu, currently only Audio tab is accessible, mute and master volume controls have been added

* Changed – Trait_costs and tech_stats no longer editable in base game (will be available with modding in the future instead, this is necessary for game stability as base files should not be modified)

* Changed – UI buttons graphics to be standard across screens