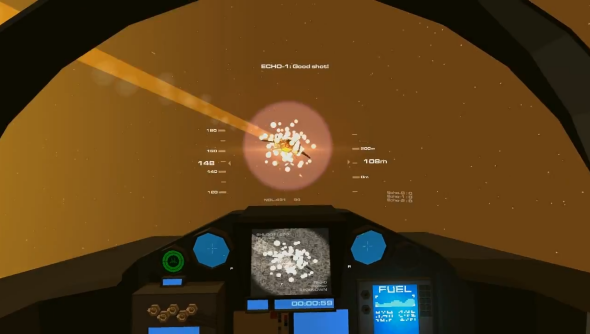 According to his blog, developer Mike Tipul has spent the last three months working full time on this game. This has enabled him to put together a prototype where he can show off some pre-mission planning, a bit of ship selection and a lot of shooting. Click through to see the video.

As you work your way through the dynamic campaign you’ll carry your fleet over from mission to mission, so it’s important that you don’t squander your resources and aren’t reckless in your approach. There’s no details yet on how Tipul is going to release his game, but he writes that it will be “appropriately priced” with “some sort of pricing model that rewards early adopters.”

Better strap in now, this could be quite the ride.