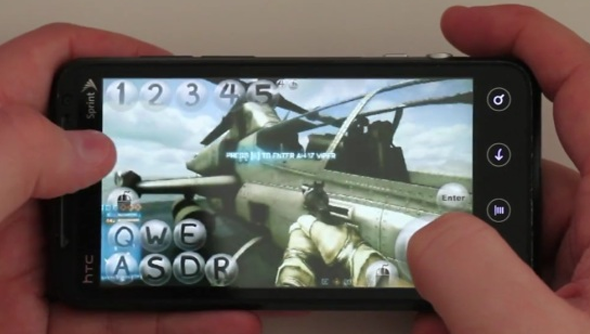 More services are starting up that support game streaming. Onlive led the charge, though, admittedly, slowed a tad when they closed shop and reopened overnight. Then we saw the likes of the Nvidia Shield and Gabe Newell talk about local, home streaming. Well, Kainy, a piece of indie software is doing all that but without the need for a new device, it will stream directly from your PC to your smartphone and tablet.

And, while currently only available on Android, claims it will be up an running on iOS, Chrome, and Ouya devices in the future.

I don’t know how practical some games would be, playing them on a small screen like that of a smartphone. While it may be possible to get Call of Duty running I can’t imagine you’ll be leading the scoreboard, but if I can get some of the more sedate puzzle games on my PC going on my phone that would be excellent.

Royer’s just released beta version 1.63 of the software which has updated the PC client end of things.

You can download a demo of the software to try out now or lend a hand by giving Kainy the tumbs up on Greenlight.