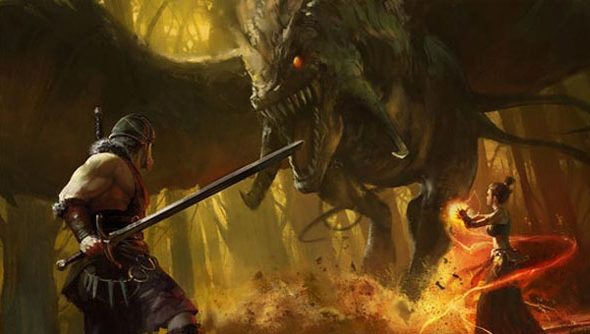 Kickstarter’s a fickle beast: in the week the we see the phenomenal success of Project Eternity, raising almost $4 million , we see another supergroup of developers shoot their own project in the back. Loot Drop, made up of game design veterans Brenda Braithwaite and Tom Hall, have decided to pull their project from Kickstarter while it still has 15 days on the clock.

“Ultimately, our pitch just wasn’t strong enough to get the traction we felt it needed to thrive,” the team wrote in a Kickstarter update. “Sure, it may have made it. We could have fought our way to a possibly successful end. In reading your feedback and talking it over internally, however, we decided that it made more sense to kill it and come back with something stronger.”

This is despite raising almost $250,000. Though, it would seem it is because they raised this much; rather: they didn’t raise more faster. In comparison to Project Eternity, which broke its$1.1 million in three days, any project is going to look troubled but Loot Drop was, according to Kicktraq, on target to raise less than half of what they were asking for.

Loot Drop are keen to come back with a new project and a better pitch in future. When they do, we’ll be covering it.