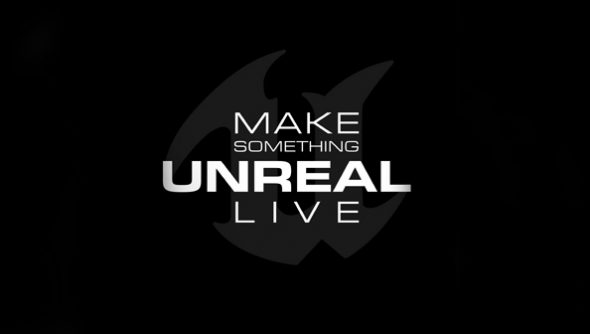 Epic and co. have been whittlin’, whittlin’, whittlin’ away this week at the Make Something Unreal Live 2013 shortlist. So vigorously have they cut away student prototypes, in fact, that there’s only four left to compete in the Gadget Show Live final on April 2nd.

The shortlist of 12 games was judged by a panel made up of UKIE CEO Jo Twist, Fireteam CEO Stephen Gaffney, PCGamesN master and commander Tim Edwards and senior staff from Epic Games and biomedical research charity Wellcome Trust.

These were the games they liked best:

“We were hugely impressed by the quality of all 12 shortlisted entries to this year’s competition,” said Mike Gamble, European Territory Manager at Epic Games. “We have some real talent among the teams and it was a difficult decision to pick just four from the original 12 games.”

“Interestingly, all four finalists tackled different characteristics of the theme, cleverly representing important, and often misunderstood, aspects of Mendelian Inheritance,” said Dr. Darren Logan of the Wellcome Trust,whoseTomas Rawlings we shared a natter with recently.“The constraints of the theme have challenged the teams to think more creatively and they have demonstrated the potential to really enhance the game through the science itself.”

The finalists now have four months to prepare their games for the Gadget Show Live, but they’re not going italone – they’ll be provided with middleware texturing solution Allegorithmic Substance Designer to help improve workflow in UDK, be mentored by developers and have access to the Wellcome Trust’s expertise. Their progress will be tracked on the MSUL Facebook page.

Once at the show, the four teams will make their final iterations live before judges, visitors and viewers of the Unreal Engine YouTube channel. On the final day, the winner will be announced and awarded their grand prize – a commercial Unreal Engine 4 license.

Here’s our Tim’s verdict on the four finalists, with thoughts from their European student teams. About as far removed from hardcore genetics as you could imagine, Loch Ness is a futuristic arena sports game in themoldof Speedball – but with many, many more bounce pads. The idea is that two teams of five face off across a pit. A ball drops into the centre, and each team has to use pads, and their only weapon, an air projectile that can puff opponents into the abyss (or, if you’re smart, push the ball very, very fast).

The genetic twist comes from what happens when you score: a seed is dropped into the arena that can be planted. Further seeds can be used to add or suppress traits within the plants – allowing you to craft and eventually personalise the plants on your side of the arena.

“We’ve focused so far on working with the scientific concept and planning so we can be confident we have a really good game before we starting work on the coding,” said the team. “Then the judges asked a couple of questions that made us think how we could improve the game which was really useful.” Easily the most polished prototype in the competition, Polymorph is a gorgeous cartoon puzzle platform game. You play a little lizardesque creature that evolves new abilities to reach further into the wilderness. Alongside the puzzles, the player must negotiate with two tribes. You’ll evolve new traits by fertilising eggs that are hidden along your way.

“The judges suggested we should narrow our scope further, to ensure we end up with two very well-polished levels instead of the five to ten we originally envisioned,” said team lead Kurtis Richards. “The work on the game has gone well so far. We stuck to our schedule and achieved more than we were initially planning. I think we’ve all taken some time out of our degree coursework to focus on this project, so we’re going to have to knuckle down now.” This is a strategy management game in which you run a chicken farm, playing as a yokel Farmer Mendel. The farm needs regenerating, and the best way to make cash is to breed chickens and sell them at the market. Here’s the problem: there are strong genes and bad genes and you’ll have to start apure-breedingprogram to maximise your profits. Or, start breeding duds just because you think it’s funny to create genetically decrepit asthmatic poultry.

On their presentation, team leader Brett Whitehead said: “It couldn’t have gone better to be honest. We got all our points across, the judges asked some really good questions, and we even made them laugh. It was a lot of fun, and we are excited to see what people think of our concept.” An exceptionally cute puzzle platformer in themoldof Pikmin or Kameo. You play as a tiny little semi-dog/puppy/kitten thing that faces a series of challenges: fire-walls, ice, snow etc. The only way to defeat those challenges is to find a sexy lady semi-dog/puppy/kitten with the genes that could defeat said problem (fire-retardant skin, nice warm bodies, etc) seduce her with flowers, and then breed. You’ll carry your eggs in a giant jelly sack on your back, before they pop open. Then, you take control of your offspring to defeat the problem.

It’s been built for the very young, but inheritance of traits uses the full hardcore science of Mendelian genetics: so you might need to continue to breed more generations to develop the recessive traits necessary.

“I have always wanted to create a game with genetics as the background so it’s been incredible to have the opportunity to do just that,” said team member Claudio Bozzotta. “I’m really happy to be here and it’s been a great experience.”