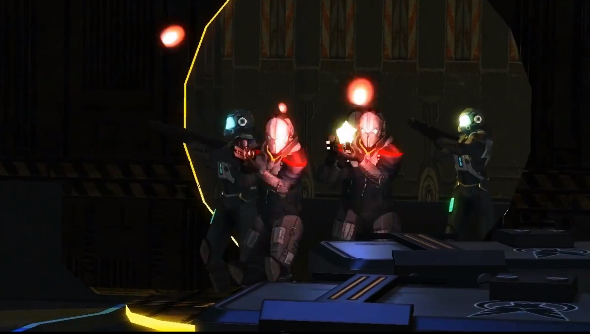 Super-exciting Kickstarter project The Mandate is off to a brilliant start, already soaring past its funding goal and now well on the pay to becoming the co-op sci-fi RPG of everyone’s spice-fuelled dreams. If one of your dreams consisted of breaching an enemy starship, sneaking on board and laying waste to its captain, then the latest trailer really is quite the treat for you.

For everyone else, Walder Frey/Argus Filch/William Hartnell narrates it. That is to say, British British actor David Bradley recites Rudyard Kipling’s The Destroyers whilst men get shot with lasers.

The video comes courtesy of Rock, Paper, Shotgunand is entirely in-engine. A few stiff animations can be seen right now, but The Mandate is of course very early in production. No doubt all that extra cash the development team has managed to raise through Kickstarter will be put towards making The Mandate the shiniest looking game ever made in Unity.

If The Mandate has grabbed you by the eyeballs and refused to let go, there’s still time to slip your money into its hands and beg it to take you on its voyage.