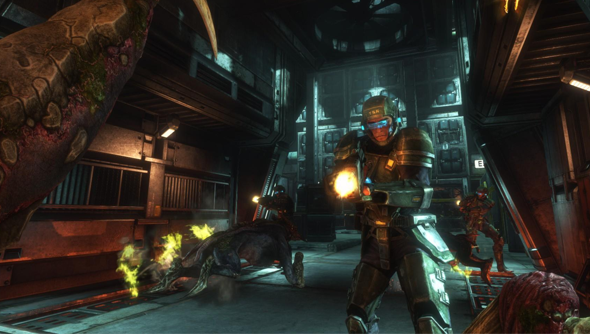 Unknown worlds are in the thick of organising their first ever World Championship event for Natural Selection 2. They’ve booked out a studio and bought out the front page of Twitch to broadcast the event. Now they just need the money to bring all the competitors under one roof.

They’re committed to letting anyone from around the world take part in the competition but they’re looking to their fans to fund the petrol money.

Unknown Worlds have set the target for $30,000. That, they say, will be enough to “bring together twenty-four players and a handful of casters.” They realise that not every player will cost $1,000 to travel to the championship in Germany but “raising $30,000 guarantees that we can fly every player to Koln, no matter what.” And, should they spend less than that, the “will put every single unspent dollar into the event prize pool.”

In the few hours since the fundraising began, the community has raised $2,000 to make this event happen.

Competitors will be selected by a group round robin format that runs this year. By December there should be four teams of six who have emerged as the best. They’ll then be flown to Koln in March, 2014 and take part in the streamed event.

This isn’t the first time the team has turned to crowdfunding. They also sought funds to continue post-release development.