When I was in school, the best application of videogames in the classroom was a maths/logic game called Zoombinis. It required you to solve mathematical puzzles in order to get as many Zoombinis home as possible. Physics teacher Chris Bush tasked his Advanced Placement class to get as many people home as possible, too. But this time instead of Zoombinis, his students have been transporting Kerbals. Or more accurately: blasting them to the moon and getting them home again. Welcome to Kerbal Space Program class 101.

Chris’s Advanced Placement class had finished up their final tests, and there was time for a new project. Taking onboard a team of ten students, Chris formed Mission Control. Their goal: successfully send a team of three Kerbals to the Mun, then get them back safe and alive. The ten students would take up specialist roles, from Pilot right through to PR Officer. They’d be on a strict time limit of 14 days. The pressure most certainly wasn’t all in the cabin. 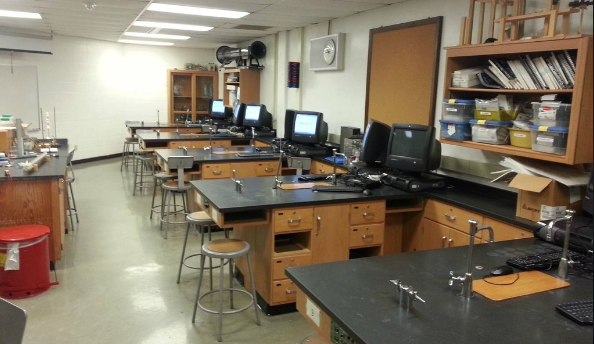 Put 10 students who have barely touched KSP, and the results are bound to be… explosive. “The whole thing was one unexpected outcome after another,” said Chris. “Most of the students had no experience with the game before, and we really would have needed another week to do the project justice. The first day with the program I have them a pre-built rocket, put them in mission control, and asked them to make orbit. We had discussed what was needed, watched videos of launches and they had made checklists, but I think 4 Kerbal crews died that day.”

With numerous failed launches and collisions with the Mun’s surface, the team had to look at what they were doing wrong. Was it the physics theory behind their calculations, or something less scientific? “We took the next day to look over the footage of the launches, discuss not only what went wrong but why it did. Most of the mistakes the students found were not lack of understand of the material or the mechanics of the game, but just miscommunication between various members.” 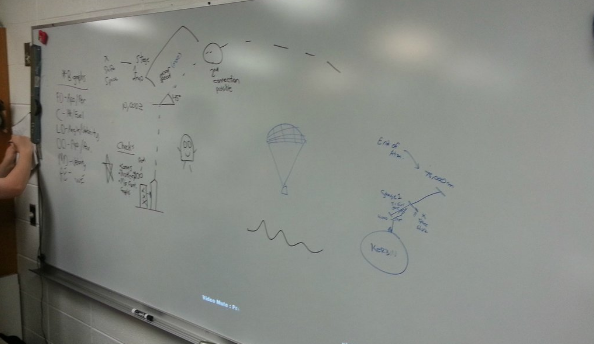 After taking a day to review what they’d done wrong and get feedback from Chris, the students were ready to do the perfect Mun landing. Unfortunately external factors were against the team. Version 0.20 of KSP hit the night before launch, and broke the rocket they had been using. This happened on Day 14, the last they had available. Despite two weeks of hard work, the students never actually got to land on the Mun or make the return trip to Kerbin.

Regardless, Chris feels like there was success in the project. “It created an interest that students don’t get by looking at a book. I could sit down and make them calculate the transfer time for a hohmann orbit, but it would just be another math problem. Using a video game, they need to do the same calculation, but now the life of the kerbal in that capsule is riding on them doing it right. It might be a video game, but the experience makes it more real for them, and that motivates them to do it right” explained Chris. 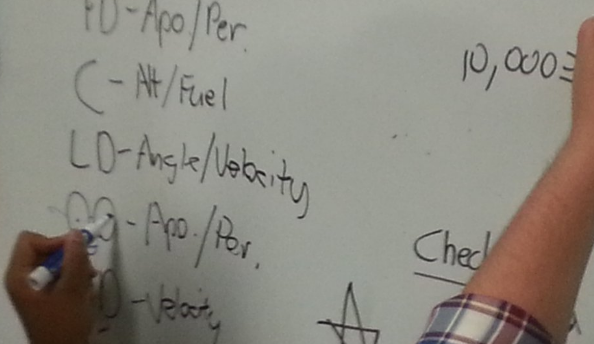 Chris has posted his tale to Reddit, where you can get stuck into a pretty good discussion on Kerbal Space Program as both a classroom aid and a science simulator. The most smile-worthy idea that turns up here though is Chris’s idea for future use of KSP: “If enough teachers did this sort of thing we could start an intramural space race club!” Now if that had been on the timetable when I was at school, Physics would have been the first class I’d have applied for.