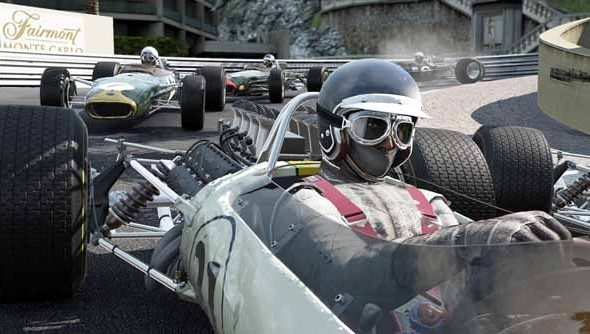 Project Cars has been pootling along nicely since development began in 2011, every year or so a new trailer comes out to quietly show it’s one of the best looking games on PC and it’s not even out of alpha yet.

Of course, you could buy your way into the game to test it pretty much since the game was announced but the latest trailer reveals that the game does actually have a release window. It’s just quite a vague one.

Car fans will no doubt recognise all those machines/thoroughbreads/gas guzzlers. Not being au fait with the scene I’d hazard a guess to say that’s almost all of them. And I’m sure they all drive like there’s an exploding bear in your pants wrestling with an oversized cobra, or some other Top Gear-esque thing, too.

Still, knowledge of cars aside, the game’s interesting simply as a proof of the power of projects which involve their community. Project Cars avoided seeking a publisher and instead received funding by selling a profit share programme to its players. Following the game’s release, 70% of its profits for the first two years will be divided up among the early backers. This was all long before Kickstarter and if it works, and it seems it will, then hopefully we’ll see more developers take a similar line.

Hopefully soon we’ll be seeing something more specific than 2014.