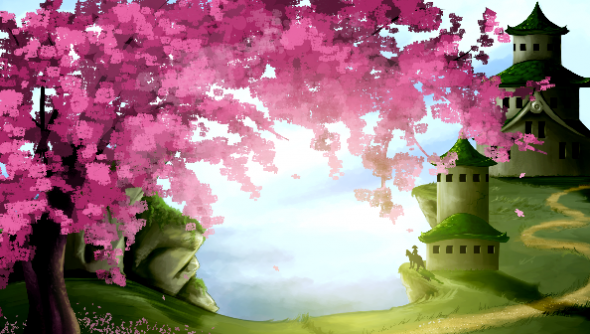 Skyward Collapse, the strategy game based on a floating continent where Norse and Greek forces clash, is receiving its first expansion very soon. The Nihon no Mura expansion adds the Japanese to the fight, along with their angry, angry gods.

The addition of the Japanese is designed to shake the game up substantially, with the faction working very differently to the existing armies. Creature summons become the main element of play, with god tokens becoming almost redundant.

In addition to the Japanese, the expansion adds hamlets to the game. These are non-combative, neutral villages that are built in the ruins of fallen towns. They add a new construction management element to the game, and must be cultivated and nurtured to ensure the best results.

Nihon no Mura releases before the end of August, and is in beta right now. You can pre-purchase the expansion DRM-free from developer Arcen Games website for $2.99.