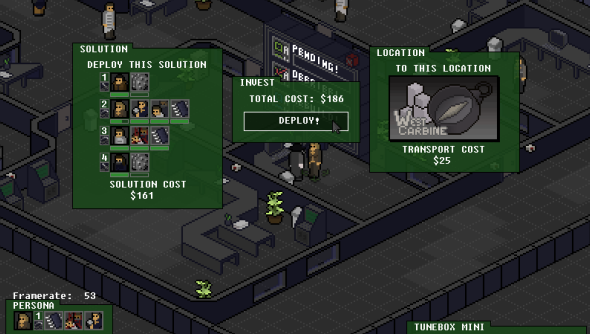 I haven’t put enough trenchcoats into my weekly Spotlights, nor have I featured enough espionage either. It’s time to change that with Black Annex, an isometric game of hacking, sabotage and horribly deadly gunfights, all taking place in a bleak near-future. It’s your chance to take charge of a team of special agents and engage in a little corporate espionage and some very bad business practices.

Black Annex is cool. I can’t yet claim that it’s cool in how it plays or how it feels, but I know it’s a game about cool things, about being cool, about that particular kind of cyberpunk cool that is embodied by William Gibson wearing a pair of mirrored shades. Are you with me? Excellent.

It gives the player control of a team of up to five agents who, it just so happens, have a very particular set of skills that make them ideal for jobs involving stealth, hacking and assassination. While that might all sound very sneaky, it doesn’t have to be that way. Black Annex is simply a game that gives you a particular objective for each of your jobs. It’s up to you how you approach that, whether it’s by subterfuge or shooting, so it’s also up to you how much, uh, mess you make.

It’s not all fieldwork, mind. When you’re leading a team of agents, taking them out to do fulfill rather questionable contracts for rather questionable clients, keeping an eye on your profit margins is particularly important. These people are professionals, after all, and this is a job. Agents must be paid, equipment must be purchased and if you should come across anything expensive during your excursions, it might be worth pocketing it.

Back at base, you’ll be busy reviewing your employees and perhaps even adding to their ranks with agents you may have kidnapped the last time you took a contract. You’ll also have the chance to upgrade your equipment and improve the abilities of those in your employ. I’m not sure what a near-future training day looks like, but I imagine it still involves a lot of whiteboards and marker pens. 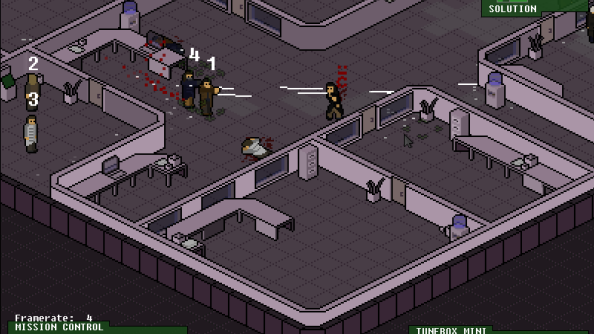 Black Annex looks pretty damn good, too. It’s retro as anything, with a gorgeous pixel style and a simple, straightforward interface, and it’s controlled entirely via the mouse. All this means gamers of a certain age may see a particular influence at play here, that being the Bullfrog classic Syndicate, and that’s a fine influence to have. There’s a similar kind of feel to Black Annex and it’s not simply the look of the game. It’s something in the whole amorality of the thing. This can be a game about getting things done however you want to, however they need to be done.

That said, there’s optional objectives to be had. How about completing a mission without killing anyone? Or without triggering any alarms? While you can play the way you want to, there’s also room for you to challenge yourself. 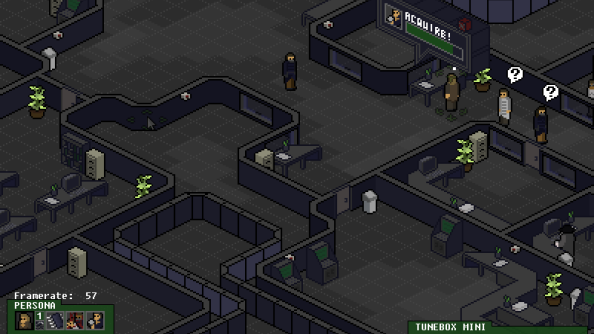 Like I said, this is all pretty cool, but there’s icing on this cake that makes things just a little bit cooler, and that’s the mod support. The game comes with its own mission editor, as well as tools for creating new characters and even full-blown campaigns. I’m all for including editors with games and I appreciate that giving your players a set of tools as well as a game is no mean feat. Kudos to developer Man Fight Dragon.

Black Annex is set for release later this year and it looks like it would be a fine addition to Steam’s growing base of indie games. Drop by and give it a thumbs up.