Today’s games seem to be terrified of the player ever being unsure. There’s always a ‘helpful’ voice in your ear telling you which of the targets to highlight for a missile strike, or a HUD icon telling you exactly where to stand to not die.

Would you be up for the challenge of a complex and difficult game that has an almost completely hands off approach to instructing the player? 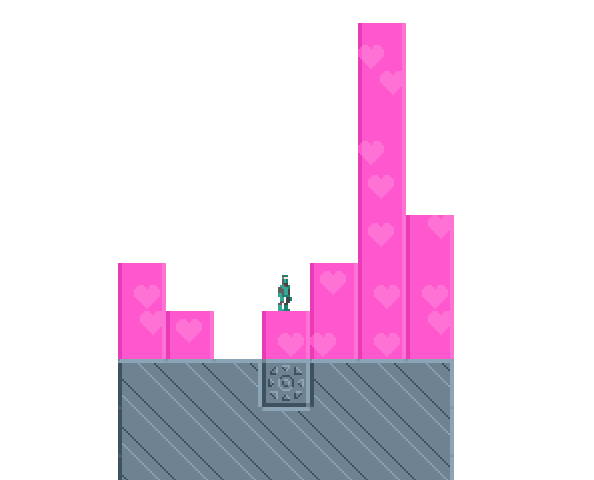 Enter Starseed Pilgrim, a puzzle platformer about blocks interacting with each other in a semi-random, highly systematic universe. That’s as close as I’m going to get to spoiling the mechanics, because a crucial component of this game’s success is that it barely explains how anything works, leaving you to experiment and try to discover how you are supposed to play it. Half of the challenge in completing it is working out how you are supposed to progress. 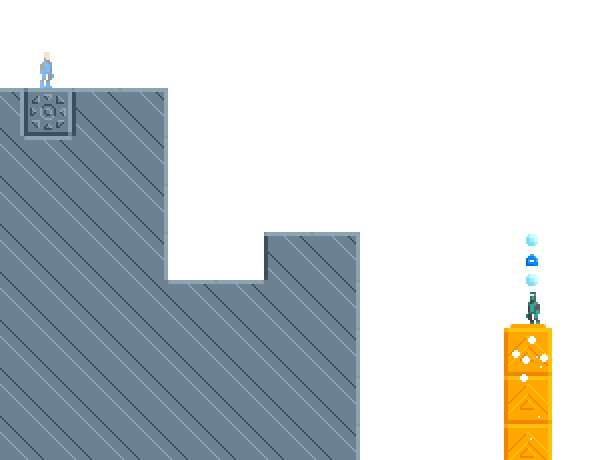 By rethinking some of the same basic ingredients that thousands of other platformers have used since the dawn of time, Starseed Pilgrim manages to feel at once familiar and unfamiliar. Systems like player death, 2D camera movement and linear progression have all been implemented in unexpected ways, all contributing to the interlocking puzzle at the heart of the game. Only by repeatedly interacting with things around you, and then observing how those interactions impact you and the world, will you start to properly understand how to tackle the variety of challenges you’ll encounter.

It’s a bit of a thinker, and definitely imposing at first. It’s hard not to wonder whether it needed to take such a hard line on refusing to directly guide the player. Could it give you a few more clues without losing any of the appeal? I can certainly say that there were plenty of times early on when I walked away from the game, not quite sure if I would come back to it. Sometimes swearing I wouldn’t. 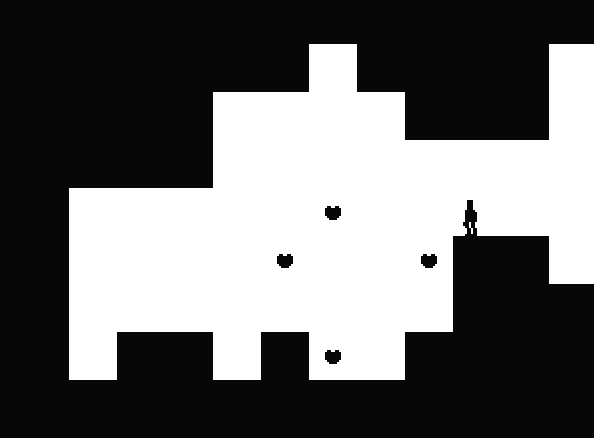 But I did come back to it. If you are willing to be patient with it, the gradual iterative learning process is littered with eureka moments and small victories. Even when you feel like you aren’t making meaningful progress, you are having a meaningful experience. At times you’ll feel isolated, you’ll feel a loss of control, and you’ll feel that everything around you is hostile. You’ll make mistakes along the way, but you’re never punished. But the moments when you start to succeed are magnificent.

It’s only when you are not totally focussed on trying to circumnavigate the various obstacles the game throws at you that you’ll start to fully appreciate the subtle details in the presentation. You’ll take time to ponder the slivers of written narrative scattered around the world, you’ll notice how the use of generative music means that you’ll hear sounds combined in totally different ways each time you play it, and you’ll see how some of the visual imagery contains clues that you first thought were just aesthetic detail. It is a game made of very few parts, but they’ve been created with particular care, and they’re placed together thoughtfully. 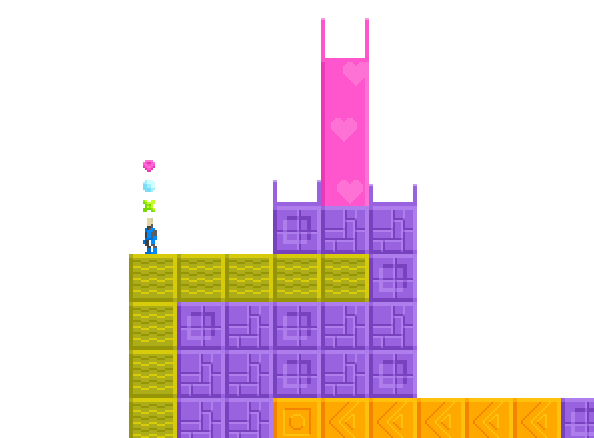 Steam tells me that I’ve played it for 20 hours, but I know that’s not true. I’ve also been playing it in the shower, looking at my bathroom tiles. I’ve been on the bus, imagining hurrying to build quickly enough to escape the corruption at every set of traffic lights. I’ve built intricate towering multi-coloured structures in my head struggling to get to sleep at 2am. Starseed Pilgrim got under my skin, into my head and its image is etched on the back of my eyelids.

If you have also have a somewhat unhealthy obsession with abstract problem solving, and if you also have a somewhat unhealthy obsession with games about jumping on things, you probably need to play this. Starseed Pilgrim is a not a frivolous game, you have to make a commitment to it, and you have to give it time to take root. But once you wrap your head around its multi-layered puzzles, and all the pieces start to fall into place, it’s utterly engrossing.