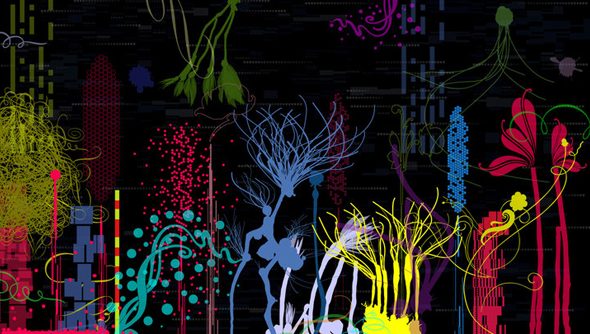 You know halfway down Steam’s frontpage? Down a bit, below the Seriously-faced Sam and the Flash Sales. Up a bit, above Yesterday’s Big Deals and a stupendous opportunity to buy Mark of the Ninja in bulk. Right there is the Community’s Choice, voted cheap by a community hungry for Snow Globe trading cards. It’s that space PixelJunk Eden squeezed into a few days ago, shedding 90% of its usual price in the process.

The price plunge rendered the game $0.99 – barely enough to buy its creators a Freddo. But the resulting flurry of purchases have refilled Q-Games’ coffers.

“Thanks to everyone who participated in the Steam community sale for PixelJunk Eden, it sold *phenomenally* well,” he said. “We just made our income to date, again, in just 8 hours, it was a huge success.

“I hope all the new PixelJunk fans try out Monsters and Shooter now, both of which also run on Mac and Linux!”

The small-scale triumph is testament to the good sense of the bungee-jump sales prices Steam has normalised – in an industry once determined to sell its wares at double figures forever. That, and PC gamers’ still-unsated appetite for polished puzzle-platformers. And probably, too, the power of a timer ticking inexorably downwards.

Meanwhile, I’ve just sold a Football Manager snowglobe for 10p – doubling my own annual income in just eight minutes. In the race to the bottom, there are no losers. Have any of you lot allowed yourselves to be enveloped by this trading malarky?