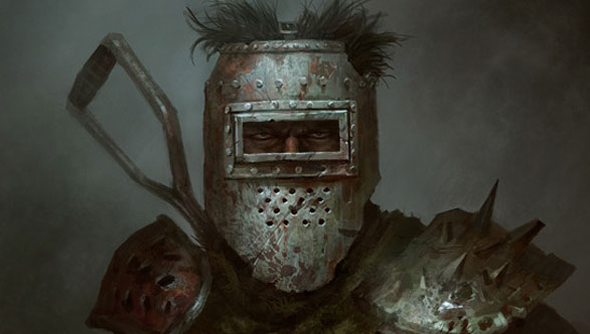 Part of the reason for Wasteland 2’s delay – the game’s beta was recently pushed back to October – is that the development team are still piling in more choices for every location in the game.

InXile what the game to become a reaction to the choices you’ve made throughout. For characters to respond to how you acted in a previous situation and for locations to reflect who you are as a character. Closing off content is one way they’re making this happen; “We aren’t shy about shutting off entire levels of gameplay,” project lead Chris Keenan told RPS. “We really wanted to make that happen.”

Another member of the team claims that players are only likely to see “half the game”.

Part of the reason the team are able to create such a reactive world is due to their decision to leave the game unvoiced. The writers are able to put their work straight into the game without it needing to go through a director and voice actor first, it’s significantly cheaper.

One point made in the piece is particularly exciting: “If you go to one area, you start to hear radio calls from the other,” said Keenan. “They’re getting taken over, and if you try to veer back, you see the destruction from that, and they’re in a completely different state. For instance, if you’re too late to a call, maybe robots took it out. If you go there, you’re gonna see carnage. Piles of dead bodies. No robots left to kill because they’ve moved on.”

If this is true and ubiquitous in the game then Wasteland 2 should be nothing short of astonishing. Games like Dragon Age and Fallout 3 offered choice, too. But the choice offered in those games was made very clearly, the times were you were offered multiple paths to take was treated like a momentous occasion, it was one of the times in the story that you would choose. In Wasteland 2, it sounds as if everything you do can have repercussions, making the action more subtle. That’s exciting. That’s very exciting.

Now we just need to get our hands on the game to see if it is true or not.