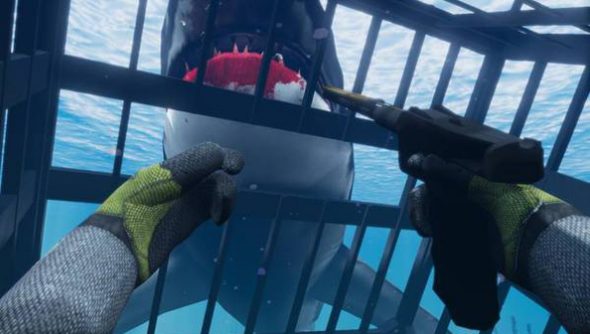 Vertigo Games would like $75,000, please. Once they have it, they’re going to try and procedurally generate all of the Earth’s oceans. Right now you probably think them mad, but know this: they come armed with perpetual grins, charming Dutch accents and talk of actual geographic and geological data. Your scepticism may not last the three minutes 21 seconds running time of their pitch video.

The video below boasts a) a vaguely nautical reggae soundtrack I kept expecting to be sharply juxtaposed by thrash metal, b) the hammiest take on the, “Oh, hi! I didn’t see you there,” intro motif ever put to pixels, and c) sharks. Take a look:

What you’ve just seen of World of Diving is an early prototype, which Vertigo hope to expand to the “huge, populated digital diving realm” that exists in their heads (and, I suppose, in the real world). If they reach their Indiegogo goal in the next 36 days they’ll release the thing on PC, Mac and Linux early next year, with support for the Rift as standard.

How’s your scepticism, then? Did it make it back to shore?