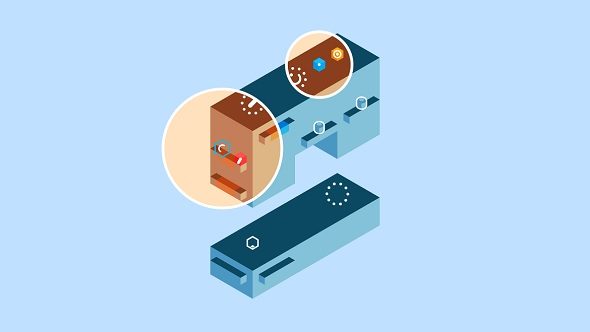 If you want a puzzler that will melt your brain, this game is the one for you. Developed by Bryan Gale, Induction is a puzzle game which has players jumping through time to solve problems by co-operating with past versions of themselves. You leap across multiple timelines, interacting with moves you’ve already made in order to solve a problem in the present.

If you’re one for puzzles, these PC strategy games may test your grey matter.

It sounds mind-bending at first yet once you grasp the internal logic of Induction, solving these temporal puzzles becomes second nature. Players will end up creating paradoxical time loops, where moves in the past rely on moves in the future but they somehow work to finish the level.

There are 50 puzzles in Induction, with the game slowly teaching players its initially confusing, but regular internal logic until jumping through time is just second nature. “My goal with Induction has been to take everything I love about movies about time travel, but also fix everything about them I hate”, says Bryan Gale. “I wanted to distil down all the cool, weird, stuff you see, into this very pure and focused experience. But I also wanted to avoid fudging the rules of time travel at all, and instead adhere strictly to a core set of principles for how time travel works”.

The minimalist, MC Escher-esque visuals complement the paradoxical puzzling, with Tim Shiel’s ambient electronic soundtrack pushing players through conundrum after conundrum. You won’t have to wait long for Induction, as it releases on February 7 for PC, Mac and Linux. Check out the trailer above and look for Induction on Steam, Humble and itch.io if its approach to time travel takes your fancy.