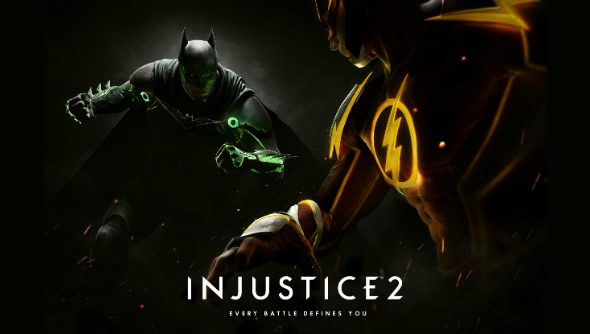 You really have to hand it to DC and Warner Bros; they’re trying everything they can to make Aquaman seem like a bad-ass superhero.

If, unlike the Justice League, you prefer working together to falling out try the best co-op games on PC.

Despite only having the abilities to breathe underwater, talk to sea creatures and inherit daddy’s nautical magic kingdom, the Injustice fighting games are intent on improving his public image.

The latest evidence of NetherRealm’s continuing crusade to make fishmen fashionable is the gameplay trailer for Injustice 2, set for an E3 reveal this coming week.

While Flash and his nemesis Gorilla Grodd get the lion’s (or ape’s) share of screentime, Aquaman gets the trailer finisher, amping up his Surprise Shark special from last game into some sort of Megaladon-assisted dunk this time round.

Look, we’re not saying being able to tell dolphins about your feelings, or ask sea urchins for dating advice wouldn’t be a valuable skillset, but, come on. Aquaman? Give it a rest, folks.

Several other heroes got their finishers into the trailer too, and they’re all looking enjoyably over-the-top again. Some of the ring-out animations are great as well, with Supergirl getting punted by a van through the window of a bullet train.

Supergirl herself is looking pretty cool, too, with the ol’ glasses-off-into-costume-change routine. Would be better if they somehow incorporated a phone booth into it, though. Still cooler than Aquaman.