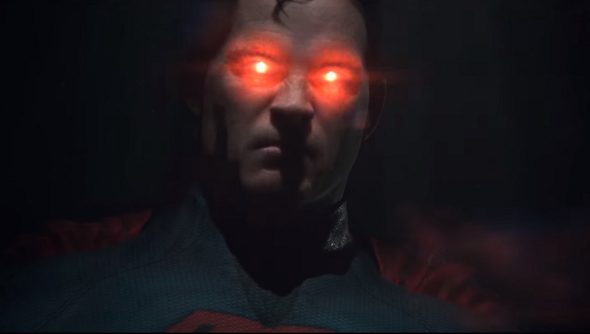 Update: June 8, 2016: Warner Bros. and NetherRealm Studios have officially announced Injustice 2, after posters supplied to stores were leaked yesterday. And it sounds like it might just be enough to make us forget all about Batman vs Superman.

Injustice 2 is a direct sequel, continuing the story of an alternate timeline where Superman went bonkers and took over the world. Batman and chums are busy trying to put the world back together again, but of course a new threat appears, once again putting the planet at risk. I’m thinking maybe Brainiac? It’s almost always Brainiac.

The big change that NetherRealm are touting is gear. As you can see from the trailer above, the heroes and villains will get fancy new costumes and bits of armour, and these items can be unlocked over the course of the game, allowing players to customise their brawlers. Creating your own costume is probably the best part of any superhero game – at least the ones that actually let you do it – so colour me intrigued.

As well as the major players like Superman, Batman, The Flash and Aquaman, who all appeared in the last game, new heroes and villains like Supes’ cousin, Supergirl, the furious Red Lantern Atrocitus, and one of the best Flash villains, Gorilla Grodd will all be playable. NetherRealm promises expanded battlegrounds as well, in places like Gotham City, Atlantis and Metropolis.

Expect to hear more during E3.

Original story: Yet another meticulously planned E3 reveal crashes against the shores of lax corporate secrets policy today as images of Injustice 2 posters have made their way into the wild.

One to add to the best multiplayer games on PC? We’ll wait and see.

In a letter sent to Gamestop store managers, the posters were revealed and ordered to be handed out alongside pre-orders for the game, which is yet to be announced.

The poster features Batman poised to fight The Flash with the tagline “Every battle defines you” below, suggesting the DC Comics and Warner Bros. Interactive game will reprise the hero-on-hero combat of the 2013 game.

Little else is known of the game, although the logo in the bottom right matches the NetherRealm Studios logo, indicating the Mortal Kombat X developer will again be behind the wheel for Injustice 2.

If it follows the same route as MKX and the previous game, expect to see Injustice 2 go console first at E3, but make the leap to PC within the same release year.