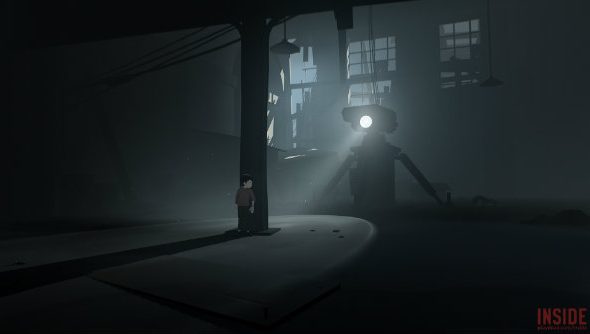 There’s not much I know about Inside, other than the fact it’s made by the people behind Limbo, but that’s enough to get me tentatively excited.

This latest trailer doesn’t do much to shed any light on the game, either. It’s probably for the best, though, as that mystery will probably factor into your enjoyment quite a bit.

Having a look over the official site doesn’t tell you much more, other than reaffirming that it looks quite a bit like Limbo. Limbo with robots and enslaved humans.

I suppose we’ll just have to watch the latest trailer again:

Inside is coming to Steam on July 7, slightly after its Xbox One debut. Watch the 2014 trailer below: