Multiplayer shooters aren’t exactly known for their cuddly communities. We’ve become that used to the idea of teenagers shouting abuse down microphones that the idea of a perfectly co-ordinated team seems the subject of myth. Insurgency is different. Its community is strong; they band together to ensure survival, cover each other’s corners, and call out targets. Pretty much across the board, they’re a good bunch.

Some of them go beyond that, though. Some of them are funny. Let me tell you an Insurgency war story. A story where Almighty Bob led us into the danger zone, where WarGirl painted the streets red, and where a chorus of Rick Astley spurred us on for one final stand.

Insurgency’s co-op terrorist hunts are brilliant. Tense, deeply tactical, and very noisy when things get heated. Your small team must advance from checkpoint to checkpoint, clearing AI terrorists on the route, and defending captured zones from counter-attacks. Death is quick and permanent – only your team’s successful capture of a checkpoint will respawn fallen comrades. Suffer an entire squad wipe, and it’s mission restart.

I’d played a handful of games with the same team members, and was amazed at their performance. I hadn’t any inclination that this team of brutally effective killers would turn out to be utter goofballs. But on around game four, something weird happened. The team decided that one of the players – Bob – was some kind of VIP. No, more than that: a god. Despite not trying to lead the squad at all, the troops suddenly decided that they were going to lay down their lives for him. 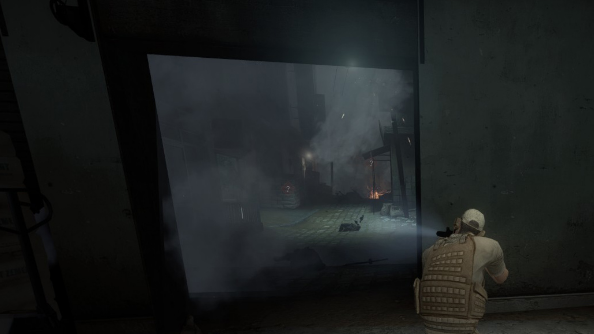 “Don’t go through, Bob! Let us take point!” they’d say, storming rooms and clearing them before Bob could get close to the doorway.

“Huddle in on Bob! Covering fire!” they’d shout, forming a circle around him as terrorists assaulted checkpoints.

“Do it for Bob!” they’d roar, firing a bazooka down a stairwell into a bunch of tangos.

Quite what it takes for you to be declared this team’s almighty leader isn’t clear, but my best theory is that ‘Bob’ is a fairly amusing name for your avatar, and also far easier to shout out in battle than ‘GunLord627’. Whatever the reason, it’s not that Bob had asked for it: he’d remained in complete silence the entire campaign.

Even the best teams fail though, and a total wipeout of the squad took us back to the start of the map, re-equipped with ammunition, and ready to engage with a new batch of terrorists. Everything was fresh and new. Everything except for the attitude of the team. I expected them to give up on the joke, but instead it intensified. Like a President’s security detail, they flanked Bob at every moment, hurling themselves on top of grenades for him, and eliminating terrorists with such efficiency that Bob needn’t fire a shot. 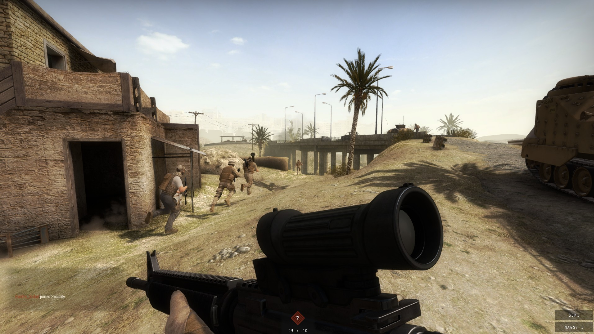 They were a determined and dedicated team, but several tries in it looked like this specific map was beyond us. Another loss was announced, and as the stats screen displayed, Bob typed his first ever words into the chat.

A single tear dribbling down a crude sad face was all it took. “Don’t cry, Bob! We love you Bob!” filled the voice chat. But it was WarGirl, our star rifleman, who knew just what to do.

“We’re no strangers to love,

It took a moment to take stock of what was actually happening.

“I just wanna tell you how I’m feeling,

They were doing it. They were genuinely singing it. And as the first wave of terrorists began to open fire, they opened up their lungs on that infamous chorus.

“Never gonna give you up,

Never gonna let you down,

Never gonna run around and desert you…” 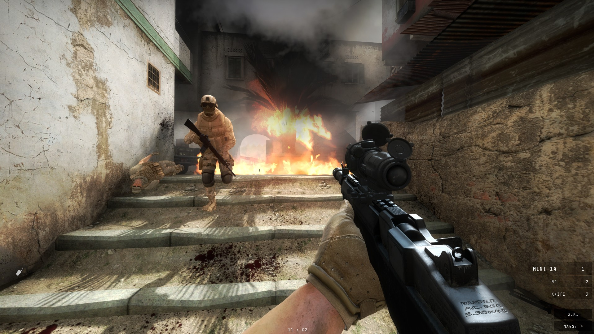 The last thing you expect when logging in for a brutally difficult game of Insurgency is a quartet of players with thick european accents singing Rick Astley. But here we were, two of us crying with laughter as the other four sang their horrific-but-heartfelt rendition of Never Gonna Give You Up.

Never gonna tell a lie and hurt you.”

Completely out of time and tacking in any harmony or tune, the ‘melody’ did at least spur the team on to have another go at the map in the name of our glorious leader, the Almighty Bob.

We still messed it up.