Intel may be working with competitors AMD on a new mobile chip, pairing world-class processing power with the raw power of Vega graphics. This may seem too good to be true… and that’s because it is.

Puzzled with processors? Check our handy CPU glossary to all the techie terms.

An image taken from one of Intel’s offices made its way over to Nasilemaktech, outlining what seemed to be, on the surface, Intel and AMD working together on a mobile GPU. Using the usual Intel marketing catchphrase format, the text on the image reads, “Vega Inside, Mobile performance outside.” That makes it seem like an Intel/AMD collab is definitely on the books.

Rumours of Intel and AMD joining forces to finally banish poor performance are nothing new. It makes sense for all tech fans to be buzzing with anticipation for such a collab after all – an ungodly mix of some of the most powerful CPU cores and graphics tech, moulded in the fires of Mt. Doom into one all-powerful package. What’s not to get excited about? 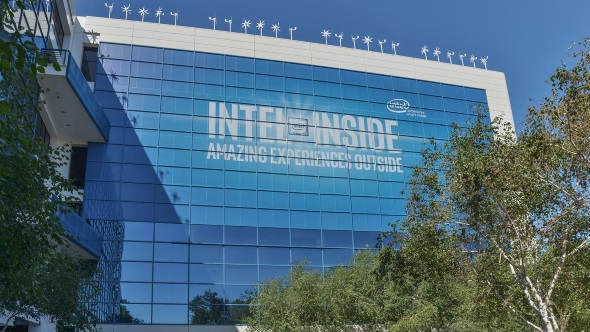 While Intel may seem like a faceless corporation at times, it’s not all 1984 over at company HQ. To celebrate the 50th anniversary of Moore’s Law, Intel and Manifesto – an employee-focused marketing company – decided to celebrate the individuals that make Intel tick (sorry, that’s process-architecture-optimisation now) with a celebratory campaign in 2015.

This campaign was plastered all over Intel’s offices, using a format of “[employee name] Inside, [employee department] outside,” aimed at reinventing Intel and showcasing their employees, and everything they’ve accomplished. It just so happens that a person with the first name Vega works at Intel, or at least, they did at the time of this campaign, in some aspect of their mobile computing department. 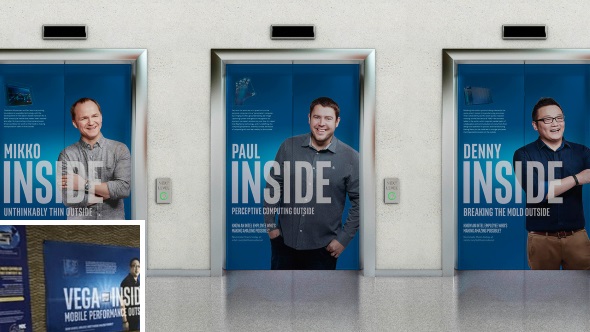 It seems someone with a keen eye edited an old picture featuring the pre-Vega campaign, and the (human) Vega specifically, to imply a partnership between the rival companies. I’m sure (human) Vega has heard it all before since AMD’s latest graphics card arrived on the scene and, unfortunately for us, this means Intel and AMD are still strictly competitors.

We will just have to keep waiting for the day when these giants combine for the greater good of the consumer, but I have a feeling we may be holding our breath for quite some time. If you ever hear rumour of Nvidia’s Pascal making its way to Intel’s processors, it might be worth double-checking with Intel’s Paris office first.