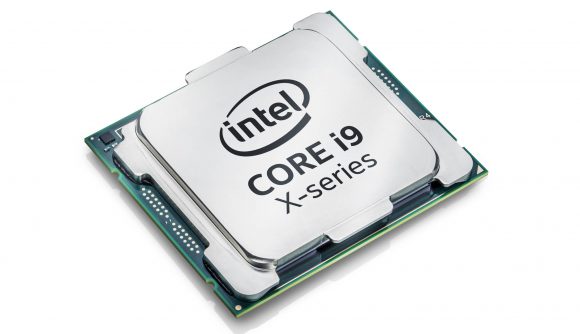 Asus may have just blown the lid off of Intel’s next-gen HEDT processors, Cascade Lake-X, with the announcement of three new X299 motherboards. Following in the footsteps of Intel’s Skylake-X refresh and recent Cascade Lake Xeon server CPUs, these 10000-branded X-series chips are set to compete with AMD’s 3rd Gen Threadripper processors later this year.

Both Intel and AMD are gearing up to launch their high-end desktop processor lineups – Intel with 10th Gen Cascade Lake-X and AMD with 3rd Gen Threadripper. And despite neither company saying exactly what we’ll be getting come launch date, we’ve been pretty sure about what to expect when the big day arrives due to the both companies’ current product stacks. But that doesn’t mean we aren’t without some surprises.

Asus’ latest X299 announcements over at Gamescom hinted at some of the improved functionality we can expect with Intel’s next-gen platform (via momomo_us on Twitter). Three new boards were announced at the German gaming show – the ROG Rampage VI Extreme Encore, ROG Strix X299-E Gaming II, and Prime X299-A II – and all three were capable of housing 256GB DDR4 across eight DIMM slots.

That’s double the previous Skylake-X spec, and just goes to show you can teach an old dog new tricks.

Also spotted within the specs list was a reference to a 48-lane CPU, alluding to Cascade Lake-X’s ability to access four more PCIe 3.0 lanes total than Skylake-X. Initially Intel had limited the maximum PCIe lane count to only its Core i9 processors, however, with the 9th Gen Basin Falls Refresh a maximum of 44 PCIe lanes was implemented across the entire range.

So perhaps the latest Cascade Lake-X chips will offer a 48-lane maximum across both Core i7 and Core i9 ranges.

Intel’s PCIe lane increase, and the removal of a tiered lane approach, has been speculated as a reaction to AMD’s Threadripper HEDT chips. These offer 60 PCIe lanes across the entire product stack, and 3rd Gen Ryzen Threadripper parts are only set to increase this bandwidth further with the implementation of PCIe 4.0 alongside the Zen 2 architecture.

AMD’s CEO, Dr. Lisa Su, promised there would be more information on the upcoming release of next-gen Threadripper later this year. So watch this space for more on the red team’s HEDT platform.