Micron and Intel are finally breaking the fourth wall with their four bits per cell NAND memory SSD tech. These one terabit dies are made up utilising a 64-layer QLC design, which can fit far more data into its dense structure than TLC-based NAND drives, but has been tricky to implement so far.

The new chips from Intel-Micron show of ‘the world’s highest-density flash memory’, which is 33% denser than the TLC (3 bits per cell) structures found within many current SSD drives on the market. Supposedly, these are the first chips of this density to ever be commercially available, and Intel-Micron has already started to ship them out.

Don’t want to wait for QLC? Here are the best SSDs for gaming on the market today.

They’ll need a memory controller for that QLC memory, however, but luckily those have been in the works for some time. Earlier this year, Marvell created the 88SS1088 (catchy) which could deal with the latest QLC flash memory, among other third-party controllers. However, Intel have also been discussing how to get QLC functioning since they first utilised 64-layer memory last year – so it shouldn’t pose too much of an issue in getting this flash tech to market pretty swiftly.

As it stands, TLC memory is the cheapest to manufacturer for higher densities, but those extra bits come with their own set of drawbacks. TLC largely suffers from shorter lifespans compared to two-bit MLC and single-bit SLC structures. SLC, in particular, is favoured for reliability, although usually comes with a much higher cost for high capacity drives. 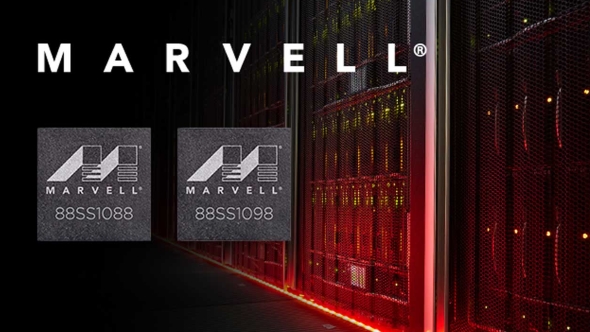 QLC will therefore sit below TLC when it comes to endurance and speeds, however, they could eventually knock traditional hard drives out of the equation for many users as capacities rise.

But Intel and Micron have also offered insight into another approach they are currently working on: 96-layer 3D NAND. Compared to the 32- and 64-bit NAND structures in place today, this is yet another step towards denser storage and reducing die sizes.

As with most memory tech at launch, the cost of both QLC and 96-layer is likely going to be exceptionally high at first, but as data centres start to make use of the new QLC memory dies, the plan is QLC drives will eventually also fill a gap in the market for us gamers. Theoretically at least, the overall cost of a QLC drive should eventually be cheaper than equivalent capacity 2-bit MLC or SLC SSDs.

They will, then, likely fit somewhere between the super-speedy SSDs, and sluggish, yet cheap per-gigabyte, hard drives that we often have to resort to for storage in our PCs due to lack of funds. If QLC can deliver cheap price/capacity and still keep loading screens to a minimum, they may be the perfect fit for gamers.