Back before Intel’s Coffee Lake had (kinda) launched the rumour mill was abuzz with the possibility of a new chipset joining the fold, the Intel Z390. It has all since fell silent from Intel and their affiliated companies regarding this high-end platform – until now, that is.

Only want the best for your top-end CPU? Here are the best liquid coolers around.

Excitement for this potential motherboard platform has plateaued since it first appeared, somewhat due to a void of information following early leaks. However, the benchmarking software, AIDA64, may have just reignited the rumour mill yet again, as their latest release notes for version 5.95.4569 point to an incoming Z390 motherboard from MSI.

The release notes, spotted over at VideoCardz, specify ‘motherboard specific sensor info for MSI B360/H310/H370/Z390-Series’ boards, which is indicative that, at least, a single MSI Z390 board will reach the light of day. The other boards listed are all expected to appear any day now alongside new Coffee Lake processors sometime from March to April.

We first heard about the Z390 chipset at Computex last year with Asus talking about the new platform, so it’s pretty likely there’ll be some Asus boards too. 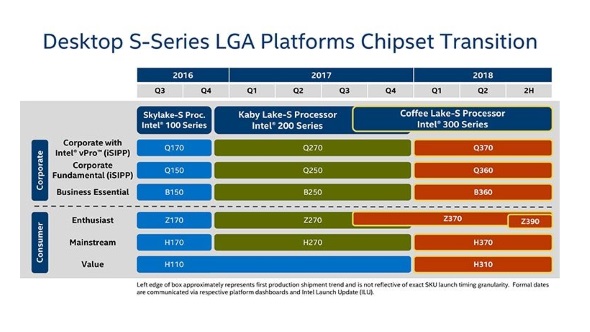 We then saw Intel’s Z390 chipset appear on a leaked roadmap, indicating a launch window sometime within the second half of 2018. We could potentially see the Z390 chipset launch later than the upcoming launch window for Intel’s Coffee Lake refresh if this initial roadmap rings true.

Intel’s Coffee Lake lineup has already seen a pretty elongated launch schedule. The Z370 chipset and small handful of chips launched last year, although we are still yet to see any of the budget or mainstream boards on the market. It’s still unclear as to the intended purpose of the Z390 chipset at this point within Intel’s convoluted lineup.

It was speculated early on that Intel’s strange launch schedule was in response to AMD’s Ryzen processors, which lends to the early rumours that the Z390 chipset would support eight-core Coffee Lake processors to compete with the top-end of the upcoming AMD Ryzen 2 chips. However, slightly toned-down guess-work lends to the new chipset merely supporting a wider range of features for the top-end Coffee Lake chips, such as USB 3.1 gen 2 support natively on the board. Currently, it’s not clear if either theory will play out. 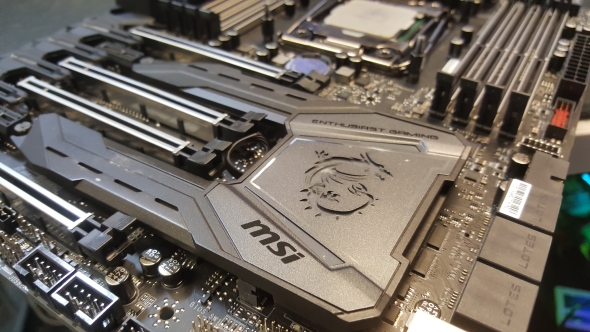 It’s certainly a strange chipset to launch, especially so late in the year. But with how well Intel’s 10nm process is going so far, it wouldn’t be all that surprising to see 14nm stick around for a little while longer and warrant an even higher-end chipset than what Z370 currently offers – at least until AMD’s Zen 2 forces their hand.

With X299 already facing issues of three redundant chips at the lower-end of the enthusiast product stack – the i5 7640X, i7 7740X, and i7 7800X – due to cannibalisation from Coffee Lake, it seems strange for Chipzilla to cause further trouble for their enthusiast range by launching an eight-core mainstream chip. With the current state of affairs in Intel’s camp, however, I wouldn’t rule it out as a possibility.