Two roadmaps detailing upcoming Intel CPUs have been published online. Reportedly direct from Dell, the roadmaps indicate that the company’s desktop client CPUs will remain on 14nm until 2021 or beyond – a potentially staggering development for the company considering it was previously expected to hit 10nm volume production by the end of 2019.

The roadmaps were handed to Dutch tech site Tweakers via an anonymous tip (salt pending), supposedly snatched right out of an internal Dell presentation regarding upcoming products. One roadmap covers Intel’s client and commercial CPUs, specifically those within Intel’s Stable Image Platform Program, and the other its client mobile processors.

The desktop roadmap indicates Intel will be shifting from the current 9th Gen Coffee Lake S processors over to 14nm Intel Comet Lake S CPUs at the beginning of Q2 2020 – one whole year from now. These would later be replaced by Rocket Lake S at the beginning of Q2 2021. Yes, that could mean our gaming machines will be 14nm until late 2021/2022. That or powered by AMD Ryzen.

We’ve heard of Comet Lake before. These chips are expected within the next twelve months offering up to 10 cores and 20 threads. Some rumours put these chips on track for a 2019 launch, others a 2020 launch. Either way, it’s still 14nm Skylake with some slight revisions under that there heat spreader.

I’ve got the power: The best CPUs for gaming

But Rocket Lake is something new altogether – in name at least. Information is limited, but the roadmap suggests these processors will be stacked with a similar wodge of up to 10 cores on desktop.

The desktop client roadmap specifically encompasses products that fall within Intel’s Stable Image Platform Program. Products under this umbrella are tailored toward steady, reliable enterprise upgrades – such as Intel’s recent 8th Gen Core vPro CPUs. Hence this roadmap may be disingenuous to the actual release date of chips catered towards high-performance PCs and gamers.

Intel has made a habit of releasing a vanguard of high-performance chips across its Core i5, i7, and i9 ranges a few months prior to the full lineup. Most recently that was the Core i9 9900K in October. This initial batch often scrapes into the previous calendar year by a nose, so we may see a handful of Comet Lake chips released at the end of 2019, later replaced by Rocket Lake in 2020.

But that’s a theory based entirely on Intel’s past launches, which not only doesn’t guarantee repeated behaviour, but many of Intel’s roadmaps are seemingly trivial, too. AMD also has a part to play in all this, with its AMD Ryzen 3000 processors on the way to crank up the pressure on Intel’s product stack.

As for mobile parts, you best prepare yourself for an onslaught of processes, dates, and codenames.

Intel is reportedly prepping limited numbers of 10nm Ice Lake U processors, either dual- or quad-core parts, for launch any day now. These will be joined by Comet Lake processors with up to six cores during Q3, most likely during the busy ‘back to school’ period. Towards the end of 2019 the company is said to be prepping eight- and 10-core Comet Lake H-series chips, which will finally be joined by Y-series Comet Lake in 1H 2020. 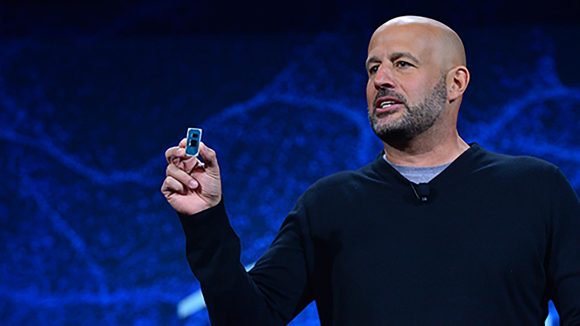 While all that’s going on low-power Tiger Lake U and Tiger Lake Y processors will launch in the first half of 2020, marking the first volume 10nm mobile products. Then it’s back to 14nm with Rocket Lake in the low-power segment, this time with 10nm graphics in tow.

You might remember – but I wouldn’t blame you if you didn’t – that Intel already launched 10nm into the mobile market with its Core i3 8121U: a dual-core, four-thread processor within the rather lonely Cannon Lake family. However, this was more or less a token effort, and the performance on offer rendered this chip entirely useless next to current 14nm designs.

And there’s no way to confirm if any of these documents are true or, more than likely, up-to-date. The mobile roadmap begins in 2018, which may mean it’s already past its best before date by over a year.

It’s not like these roadmaps aren’t without some incongruities, either. Specifically, Rocket Lake U processors appear with both ‘14nm gfx’ and ‘10nm gfx’ across the two roadmaps, each variant supposedly releasing within one quarter of the other. Not to mention low-power U-series Rocket Lake chips appear to be replacing H-series Comet Lake processors.