In an effort to match the pace of change, Intel has stuffed another two cores into its mainstream Coffee Lake silicon. Enter: the Intel Core i7 9700K, one of only three 9th Gen processors on the market and the irregular successor to the Core i7 8700K.

Introduced alongside the Core i9 9900K and Core i5 9600K, Intel’s 9th Gen launched as it was fighting off a shortfall in production due to overcapacity of its 14nm fabs. But since then Chipzilla has confirmed it intends on launching 10nm mainstream desktop processors sometime toward the end of the year, codename: Intel Sunny Cove. That means these could be the last chips in the high-end gaming space to reuse the Skylake microarchitecture.

AMD has been rustling Intel’s jimmies ever since it first launched its Ryzen CPUs. Suddenly Intel’s four-core/eight-thread strategy, which had been the norm for many years, was old fashioned and lagging behind. The resulting core-vs-core showdown that followed has led to the need for this very chip.

The Core i7 9700K offers up eight-cores of pure processing power, doubling that of the Skylake i7 6700K, although holds fast at the same eight threads. Despite doubling the actual processing silicon within the die itself Intel has left Hyper-Threading – the i7’s signature feature – on the fab room floor, tacking it onto the i9 9900K’s specs list instead.

More cores: Here are the best CPUs for gaming

But physical cores come out trumps (…mostly) and that extra processing power leaves the i7 9700K more than capable enough to deal with anything a gamer could throw at it and more. So much so, in fact, its actual value to gamers may be negligible and unwarranted while the cheaper six-core/12-thread i7 8700K still remains on the scene. 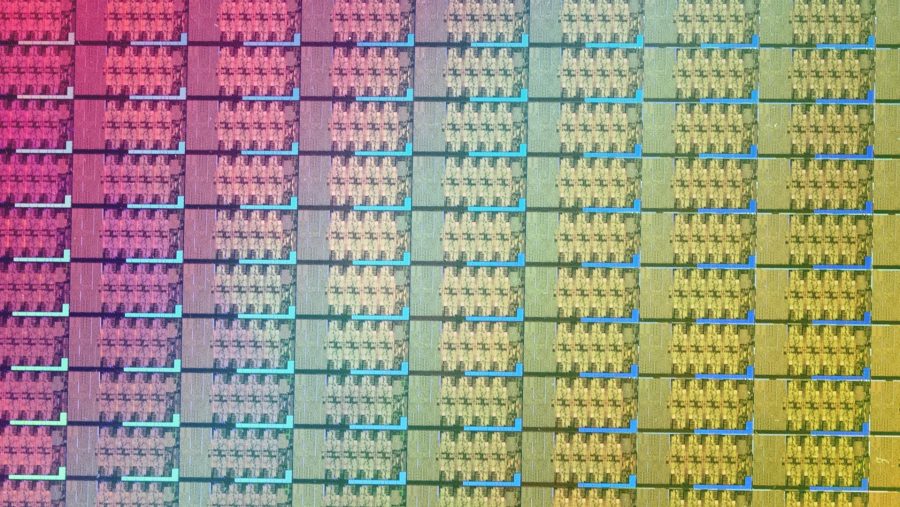 Intel has yet again refused to cede any ground to AMD in the great CPU struggle unfolding over these last few years. The i7 9700K marks Intel’s response to the Ryzen 7 2700X, finally matching AMD’s tallest physical core counts in the mainstream CPU market.

The increase to eight cores is by far the most notable improvement over the previous generation’s chips, treading new ground for anything below Intel’s HEDT platform. As previously mentioned, Intel has shifted Hyper-Threading out from the domain of the i7 and into the pricey i9 territory, and as such the i7 9700K comes with as many cores as it does threads: eight for eight.

Of near-equal importance for gamers is the clockspeed increase. Intel has been creeping up the frequencies with every subsequent generation since Skylake, thanks to a high-yield 14nm process node, and the i7 9700K now reaches a lofty 4.9GHz max turbo frequency and 3.6GHz base frequency.

Since Intel has opted yet again for the Coffee Lake architecture with the i7 9700K there are no huge surprises when it comes to the specs list. It’s all essentially the same silicon found in CPUs produced since Skylake was introduced back in 2015, aside from the soldered die and hardware mitigations for Spectre and Meltdown.

That means the on-die cache is laid out in an all-too familiar fashion. There’s 12MB of L3 cache, 2MB of L2 cache, and 512KB of L1 cache. As for the platform, the memory controller’s two DDR4-2666 channels are capable of driving up to 64GB of non-ECC memory.

PCIe 3.0 support also remains at 16 lanes, with another 24 lanes available via the chipset. And speaking of chipsets, while the Z390 platform was ostensibly launched alongside the 9th Gen chips, it isn’t a necessary expense to get up-and-running. All 300-series motherboards are up for grabs as Intel has retained backwards-compatibility with the 8th Gen platform. 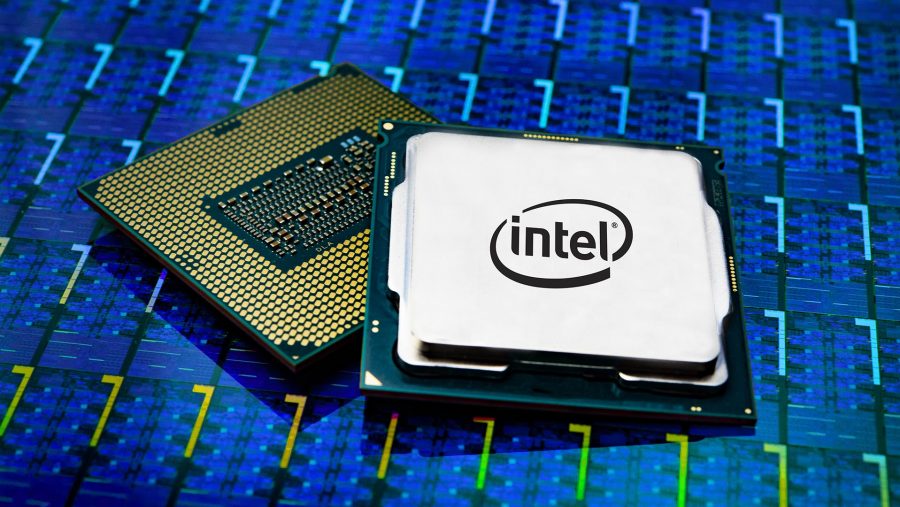 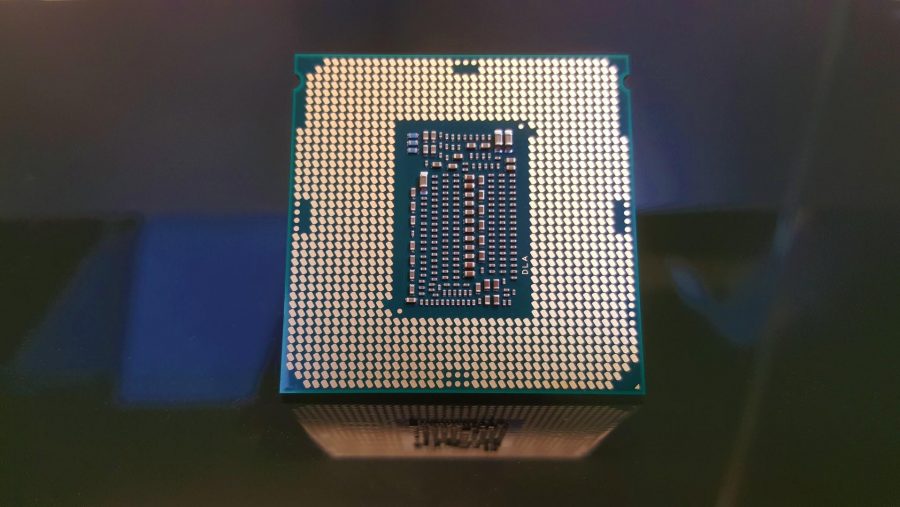 So is it Hyper-Threading or two extra cores that makes the most difference to gaming performance? Unsurprisingly, moar cores equals moar performance. There’s just no substitution for stuffing even more processing power onto a chip.

For the most part, anyways. And in all honesty the performance gains aren’t particularly dramatic. During gaming benchmarks across Assassin’s Creed Odyssey, Total War: Warhammer 2, Far Cry 5, and Civilisation VI, the i7 9700K tops the i7 8700K’s six cores by only a couple of frames per second. All in all that accounts to a roughly 4% increase in overall performance across our benchmarking suite compared to the i7 8700K.

Here's our guide to the terms you need to masquerade as a PC pro.

And when we’re talking averages, the i7 9700K gets within 0.3% of the i9 9900K. Hyper-Threading be damned. Even with double the threads and a minor clockspeed bump in hand, the i9 9900K failed to draw a significant lead over the i7 9700K, which kept within a single frame of the i9 in almost every title bar Civilization VI.

An outlier perhaps, yet in Civ the i9 9900K inexplicably performed worse than the i7 9700K across an average of three runs. All while still retaining AI turn time supremacy.

That’s largely representative of current game engines’ unwillingness to operate across all available cores provided to them. Buying a multi-core CPU right now exclusively for gaming tasks alone is a hope for the future of gaming engine development more so than a thirst for performance right now. Needless to say, you’re better off spending your money on the real powerhouse of gaming graphics: the GPU.

But it’s in the workloads that favour more cores that the i7 9700K manages to stretch its legs a little. And I really mean it when I say a little.

In a full-whack, all-core run of Cinebench R15, the i7 9700K manages to top its hexacore compadre by just 100 points, managing 1,486 to the i7 8700K’s 1,386. In single-thread testing, the gap closes to just 3 points. And just when you think those two extra cores have Hyper-Threading on the ropes, 3DMark Firestrike and 3DMark Timespy testing leans towards the extra threads over the real deal. 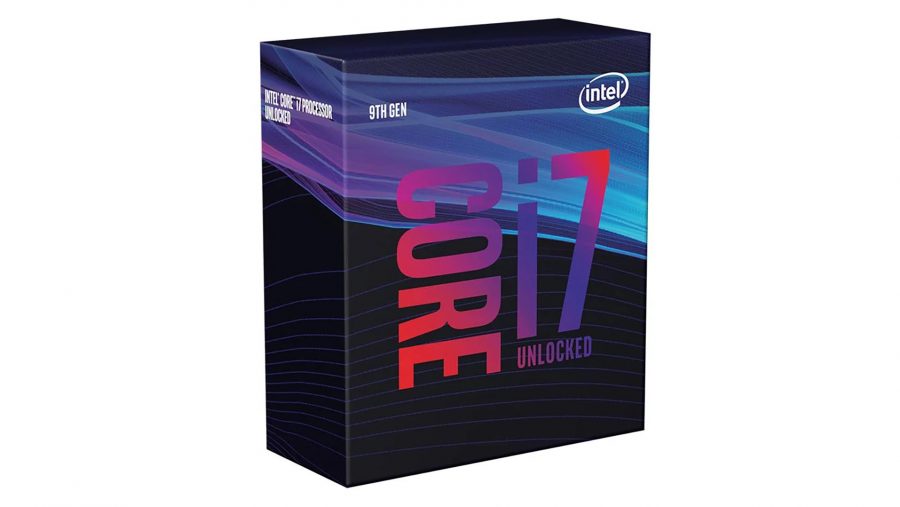 With the inclusion of a brand new, upper-tier of Core i9 processor, the i7 9700K is left in a rather unforgiving position. It’s not the best powerhouse chip: that’s the i9 9900K. And it’s not the best value high-end gaming chip: that idiosyncratic accolade goes to the 8th Gen i7 8700K right now.

Yet of the top-tier gaming chips, it is one of the best on numbers alone. It trumps the i7 8700K by a nose, and it comes so close to the i9 9900K that any performance gained by the top-tier chip is ostensibly negligible. But who’s really spending that much money on a CPU for straight gaming? If you only crave fps, you’re far better off settling on a straight 6/6 Core i5 CPU and spending the heaps of extra cash on a higher tier graphics card.

And from a multi-tasking perspective, or mega-tasking as Intel like to put it (e.g. streaming, capturing, and gaming all at once), the gains are minimal, if any. In various CPU-intensive workloads, the i7 9700K edges marginally ahead of its six-core predecessor, although still lagging behind either the money-no-object i9 9900K, or, perhaps most importantly, AMD’s price conscious Ryzen 7 2700X.

Once stock of the i7 8700K dwindles and value swings in the latest chip’s favour the i7 9700K will become the de facto choice for gamers. But it’s not quite hit that tipping point yet.

WITH THE INCLUSION OF A BRAND NEW, UPPER-TIER OF CORE CPU, THE I7 9700K IS LEFT IN A RATHER UNFORGIVING POSITION

For the time being whether you decide upon the i7 9700K or i7 8700K all then rests on the concept of future proofing. Yes, this one forsaken phrase, often used as justification when building your new PC to buy something you actually have no real use for, is the i7 9700K’s saving grace. At the rate we’re gaining processing cores, games may soon make good use of all your CPU has to offer. When that day comes, those two physical cores might be a little more capable.

Might. And likely not for some time. With Sunny Cove finally cracking 10nm by the end of the year, you’re likely going to be feeling some serious architectural FOMO by the time that day rolls around anyways. Before you know it, you’ll be buying a brand new quantum CPU with your space dollars and the never ending cycle of future proofing resets once again.

With AMD on the warpath in 2019 – set to launch Zen 2 sometime mid-year – Intel’s lingering Coffee Lake CPUs had to be some of the most convincing yet. But that isn’t the case. While there are slight performance gains to be had with the i7 9700K, the price moves in a linear fashion. For gamers, and power users (barring those that require HEDT platforms), cheaper Intel or AMD chips are a far better fit.

Intel has performance on its side and the i7 9700K is the fastest mainstream i7 there is. But when it comes to gaming value, other processors have it beat.