Intel has announced it has closed the gender pay gap for its employees. In a blog post by Intel’s Julie Ann Overcash, VP of HR, the company claims to have hit a “major milestone in global inclusion – achieving gender pay equity across our worldwide workforce”, the result of Intel’s many years at the forefront of equality and diversity measures.

Over the past few years Intel has been aggressively pursuing full representation and gender equality in its workforce, culminating in achieving the former back in October and the latter this month. That’s not just U.S workforce either, which achieved this goal a few years prior, Intel has announced pay gaps have been rectified within its offices and fabs in all countries it operates within worldwide – that’s 107,000 employees in over 50 locations.

Intel’s pay gap methodology does mean that, while women in equal roles to men are equally rewarded for their efforts, on average across all levels of management, men are still likely to be in more senior positions – and hence receive more handsome salaries on average.

“Intel defines pay equity as closing the gap in the average pay between employees of different genders or races and ethnicities”, the blog post reads, “in the same or similar roles after accounting for legitimate business factors that can explain differences, such as performance, time at grade level and tenure.”

Overcash reiterates that “this is a gap we – and the entire technology industry – are working hard to address”. 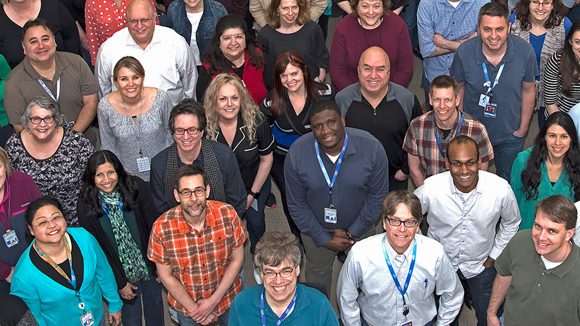 But this milestone also sees Intel make the switch to include stock grants and compensation into the pay gap equation. This means that, going forward, those staff members left without stock options will no longer be in a worse position than those with more generous compensation beyond base and bonus pay.

But there’s still more to be done – both for Intel and the industry as a whole. Full representation is one such pressing task, and while Intel may have hit equity with the balance of candidates within the skilled labour market, there are still further efforts required on a wider scale to promote more underrepresented minorities gaining the skills necessary to enter this advantageous position in the first place.

It’s up to whoever Intel’s board picks to become the company’s next CEO to put the necessary resources, impetus, and importance into making Intel’s diversity and equality goals of global inclusion a reality and to maintain that standard.