It’s no secret that memory pricing has crumbled over the course of the last twelve months. Prices for SSDs, and even RAM, are hitting the floor, and companies like Samsung, SK Hynix, and even Intel are starting to feel the crunch on their revenues. The latter just wrapped up its Q1, 2019 earnings call, and CEO Bob Swan suspects the memory price crash is only going to get more severe as the year unfolds.

“Our conversations with customers and partners across our PC and data-centric businesses over the past couple of months have made several trends clear,” Intel CEO Swan says (via SeekingAlpha). “The decline in memory pricing has intensified.

Intel’s Non-volatile Memory Solutions Group was down 12% for the last quarter, by far the largest percentage downturn for any of Intel’s divisions year-over-year. But NAND flash revenue accounts for only $1bn of Intel’s revenue, drastically less than its client and datacentre CPU businesses manage to scrape by every three months. Samsung, however, is not so lucky, and its profit has already plummeted 60% in Q1, 2019 – in large part thanks to the worldwide memory oversupply and price crash.

To put that price crash in perspective, SK Hynix, one of the world’s largest memory fabs, experienced a drop in NAND’s average selling price of 32% in Q1 alone. The company puts the blame for the drop on high inventory levels and intensifying competition among suppliers.

Need for speed: The best SSDs for gaming are cheaper than ever

It’s planning on shifting towards technology development to mitigate its losses, and will be ditching older 36- and 48-layer 3D NAND products in favour of 72- and 96-layer alternatives. The Korean company also plans on slowing the ramp-up at its latest fab, M15 FAB, in Cheongju. 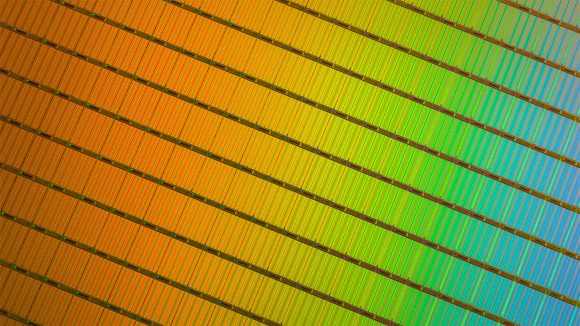 “In the market where concerns over the uncertainty about memory demand and expectations for demand recovery coexist,” SK Hynix says in its Q1 financial press release. “SK Hynix will concentrate on cost reduction and quality assurance to secure its own competitiveness.”

IC Insights suspects the memory market to be hit by a significant downturn in 2019, with the total memory market (DRAM and NAND) estimated to fall by 24%. That’s $38.6bn down the drain.

But gamers are able to snatch up SSDs for cheaper than ever, and even system memory has settled down from the colossal highs experienced at the beginning of 2018. So while this isn’t a great time for memory manufacturers, the market’s downturn is paying dividends to PC builders.