Remember Interplay? They published everything from Baldur’s Gate to Virtual Pool back in the 90s. Along with hosts of licensed games they had a few of their own IP and now they’re looking to sell. While the financial implications aren’t particularly relevant to you and me, the possibility of new games in some classic franchises is. We’ve picked out a few highlights it would be interesting to see more of.

Which classic PC games would you like to see have a revival?

Earthworm Jim is probably the most notable. The original creators of the surprisingly good platformer went on to make Armikrog, but it’s a highly recognisable character that could easily make a comeback in the right hands. Alternatively: farmed off for mobile games.

Descent is in there too, which various indie devs have tried Kickstarting spiritual successors to over the years. While a little more niche than Jim would be, there’s a massively dedicated audience there and waiting for a six-degrees-of-freedom followup with a recognisable title.

Beyond that, MDK and Giants (of Citizen Kabuto fame) both stand out. Both fit into that category of very ambitious, deeply flawed 90s games from back when the limits of 3D tech and game design were neither found nor understood. Kingpin is within that sphere as well, though remembered more for its endless swearing. 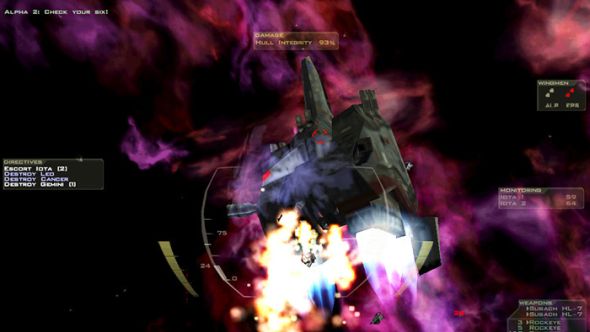 Finally there’s Freespace. Give us a new Freespace, somebody, anybody. A nice big campaign of space shoot missions, none of this trading nonsense. Capital ships warping in, space stations exploding, you know the drill.

Past that, you can see the full list over in the announcement. What would you like to see make a comeback? Let us know below.