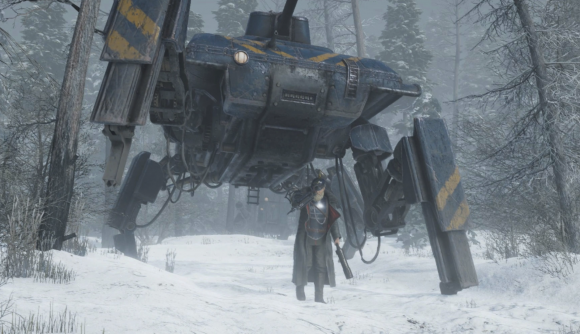 Since the announcement that Kickstarter-backed Shenmue 3 has become an Epic Store exclusive, backers for Deep Silver’s other project, Iron Harvest, are speculating that the WW1 steampunk strategy game could also become an Epic exclusive. Backers are expressing concern that the real time-strategy game might release under circumstances which they did not back the project on. Iron Harvest raised a total of $1,300,000 on Kickstarter, smashing its original target of $450,000.

Although the backlash from fans about Shenmue’s exclusivity resulted in Deep Silver announcing that Shenmue 3 “will be released on Steam in the future”, backers of Iron Harvest still express concern about the game’s future release. Deep Silver is also the publisher for Metro Exodus, a game that also received a backlash after announcing its Epic exclusivity, with plans on returning to Steam one year after launching on the Epic Store.

A Reddit post, created by ItsOtisTime, sums up many worries and frustrations that Iron Harvest backers have. “I’m not unreasonable, and I’m not calling for Iron Harvest to be explicitly banned from the EGS,” the post reads. “But I would like a commitment, in writing, and in public, from the developers here that they’re committed to at minimum a steam release and continued selling on the steam platform.”

KingArt Games community manager under the Reddit username, Sheep_wielder, has responded in the reddit thread, recognising backers’ concerns about Shenmue and explaining that the team was committed to everything they promised in Iron Harvest’s Kickstarter.

“We are still fully committed to all of our promises to you backers and early supporters,” the post read, “this includes the game being available for Steam and GoG on PC, PS and Xbox […] The confusion comes because no decision has been made about what will happen after full release and we can’t say anything until we know either way.

“While all current digital downloads will be redeemable via gog or steam. It’s impossible to say what will happen after full release. Simply no decision has been made and so it would be unfair to say any more at this stage.”

In a response to a comment in the thread, the developer explains: “If we were going Epic exclusivity we would have said so already. Unfortunately, we’re also not in a position to deny it.”