It is a truism annoyingly repeated that real-time strategy is a dead genre. But for all that it’s a cliche, there’s some evidence that it’s true: recent efforts in the genre such as Halo Wars 2 and Dawn of War 3 have underwhelmed, with Relic pulling support for the latter amid reports of poor sales.

But I’m not ready to accept that it has to be this way. And nor should anyone be who remembers the classics that propelled the genre’s explosion in the mid-‘90s (here’s to you, Command and Conquer). Thankfully, it looks like thousands of others share that view – 16,607, to be exact. That’s the number of backers Iron Harvest has on Kickstarter, pledging almost triple its $450,000 goal.

Iron Harvest is an ‘old-school RTS’ developed by King Art games, who shared with us their theories as to why recent RTS games have flopped, and why theirs is going to succeed.

Dive into this iconic PC genre with the best strategy games on our platform.

PCGamesN: You share a setting with the board game Scythe. Why is this more than its videogame adaptation?

King Art Games: Iron Harvest and Scythe are both set in the same world (1920+), but have no connection whatsoever when it comes to gameplay. Scythe looks at the grand scheme of things in this world: Macro-economics, politics and so on. Iron Harvest is “in the trenches.” We deal with combat scenarios down to individual units. Gameplay-wise, we took inspiration from classic RTS like Company of Heroes, Dawn of War, and Warcraft 3, among others.

Why are you taking a bet on this genre given the regular doomsaying?

We’re a relatively small, independent developer (with about 40 people working in our office plus external contributors). We’re always looking for opportunities to make the best game of the year (or at least one of the best games) in a certain genre. We wouldn’t be able to make the best FPS or action adventure and compete with teams that have 500 employees at their disposal.

But we can make excellent turn-based strategy games or story-driven games or – we think – real-time strategy games. So, for us, the questions were: “What is a genre with a sizable fan-base waiting for the next big thing, a genre we like and know well and in which we are able to make a really great game?” RTS was the answer.

Why not TBS or 4X, which have been thriving?

Our first Kickstarter game, Battle Worlds: Kronos, was a turn-based strategy game, and that’s a genre we really like as well. There might be another King Art TBS in the future, but for now, we see more potential in RTS. It has been some time since the last really great RTS game (at least in our minds) and people are yearning for the next big thing. We don’t get that feeling from TBS or 4X at the moment – there is a lot of cool stuff [in those genres] currently out there. 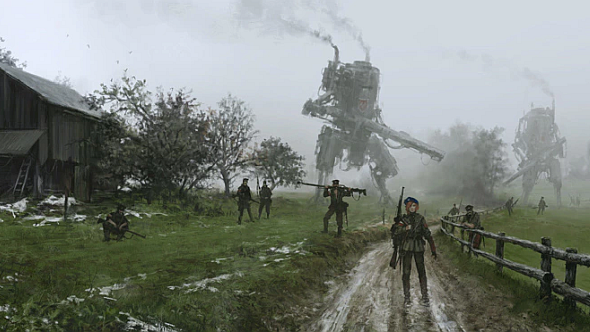 Why do you think there hasn’t been a hit RTS in so long?

Historically, I’m pretty sure it has to do with the fact that RTS are really hard to get right on consoles. When you are a triple-A publisher and your leading platforms are consoles, RTS is probably not the genre you’d invest in. On PC, at least some players (and for sure public attention) has shifted to MOBAs.

Many think MOBAs are something like the evolution of RTS – which isn’t true, in the same way as RTS is not the evolution of TBS. Some publishers are seeing the huge success of LoL and Dota 2 and are trying to make a hybrid between an RTS and a MOBA, which is bound to fail in our opinion. Because people who actually like the action-heavy micro-management of MOBAs… play MOBAs. The rest want a slower pace, more tactics, base-building, and all that. For these fans of classic RTS games, a game like Dawn of War 3 is a step in the wrong direction.

Why do you think Iron Harvest will succeed where others have flopped?

We played a ton of classic RTS and developed our own ideas and theories about how an RTS should feel and play. After that, we asked about 15,000 RTS fans about their opinion in a big survey and found their tastes were very similar to ours. It might be naïve, but making a game that fans actually want might be a good starting point.

Game development is not a democracy and you can’t vote on gameplay ideas, but actually talking to people and trying to understand what fascinates and motivates them, is very important for us. We try to stay in touch with the community as much as possible and up to this point it worked out for us. 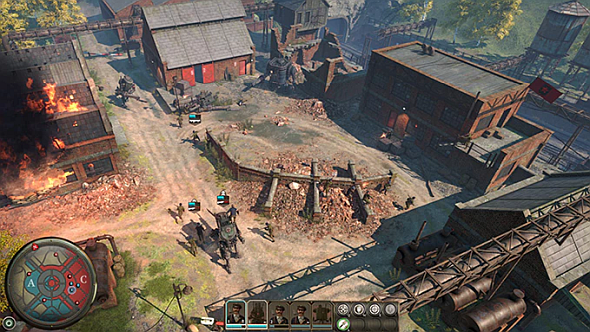 You’re the most successful videogame Kickstarter in over a year – why do you think that is?

There are probably many factors to this. A big one is the fact that we built a community early on and are letting them know about the project, our plans, and the status at all times. That meant that we started out with some fans and a bunch of people that were at least interested in the game.

Another big factor is Jakub Rozalski’s artwork. I never met anybody who wasn’t at least curious what these artworks are all about – and most people simply love them. That definitely helped us to get more media coverage and attention in general.

Last but not least, I think many fans of ‘old school RTS’ were happy with the direction we took and wanted to show their support. They voted with their wallet.

Your Kickstarter finished with almost triple its goal. What does all that extra support mean for your project in terms of stretch goals and ambitions?

We’re still making exactly the game we wanted to make. Even if we’d made ten times as much money, we still wouldn’t make the game bigger or more complex, because we don’t think ‘bigger is better’. In fact, one problem with many RTS games in long-running series is that they become pretty cluttered and hard to understand or get into. Our goal with Iron Harvest is to keep things simple and intuitive. A game should be hard not because of its complex ruleset, but because of simple rules that lead to complex situations within the game. 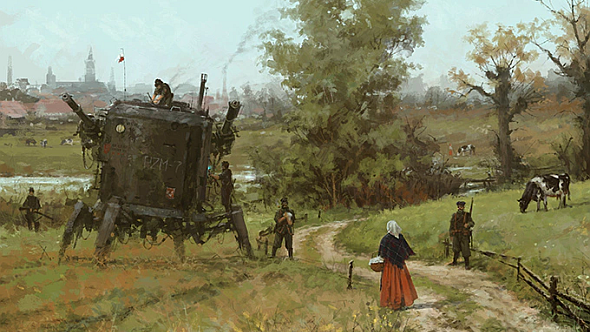 That’s something we would love to do but it won’t happen with the release version. Making everything moddable and supporting a mod community is its own beast. We hope we’ll be able to deliver at least a level editor after the release of the game, but it would just be too hard to put in while we’re making the game.

How is the game shaping up – can you give us a development update?

The Kickstarter demo was the first really playable version of the game. We played it a lot and watched others play it and now we’re working on a huge list of things we want to change, enhance, and improve upon. Also, we’re currently working on the alpha 1 demo that is scheduled for end of July. We’re adding new units and new gameplay mechanics and we are working on two new maps. On top of that we ramped up asset production. Starting mid-May, we’ll be finishing two major assets, like heroes, mechs, or buildings, each week. That’s a ton of work, but everybody is excited that we can finally pull out all the stops and go all-in. 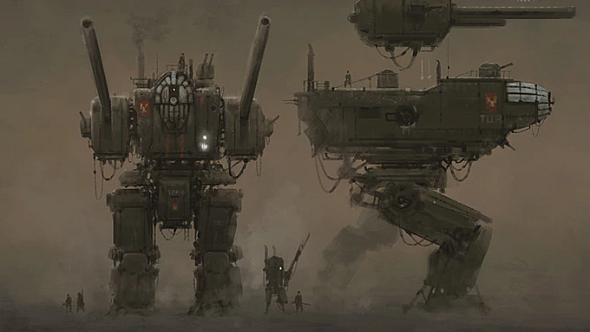 You are open in your Company of Heroes inspiration. Why do you think there aren’t more RTS games that emulate CoH? Is there something particularly challenging about it?

In general, RTS is a super hard genre. Holy s**t. Nothing is easy or comes for free. We have our most senior developers working on the game and again and again we find ourselves discussing features for hours that we thought were pretty straightforward and had obvious solutions. CoH, being one of the best and most impressive RTS series, is one of the more complex games in this already super complex genre.

And, of course, everybody (ourselves included) compares Iron Harvest to CoH 1 and CoH 2, [which have] years and years of optimisation and enhancements under their hood. Not only do we want to be as awesome as these games were at their release, we want to beat them in their current, ultimate state. It’s a huge challenge, but that’s why we’re making games.

Iron Harvest’s Kickstarter may have closed, but you can still support the game by pre-ordering through its own online shop: click here to do so.