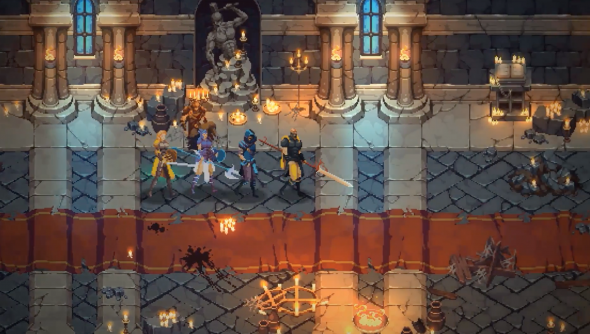 Iron Oath, a “dark fantasy,” turn-based RPG with a focus on tactics and guild management, now has a Kickstarter campaign.

The retro-styled game will offer two modes – The Iron Oath: The Mission phase, and the Overworld phase. The former focus on combat and exploration, while the latter “deals with managing your guild’s affairs and traveling.”

“Recruit, manage, and embark on missions with a roster of adventurers, testing the limits of their mortality,”states the crowdfunding campaign’s description. “Every decision made carries weight and can have a minor or major influence on your characters and the world that surrounds them. As you and your guild progress, the world changes dynamically, enabling new storylines to discover and resulting in a unique experience for every playthrough.”

The feature list boasts things like tactical turn-based combat, a large and dynamic overworld, in-depth guild management with full control of your guild’s finances, plus character development that promises every recruitable character will have their own personal backstory.

For more, check out the teaser above, or head on over to the Kickstarter campaign.