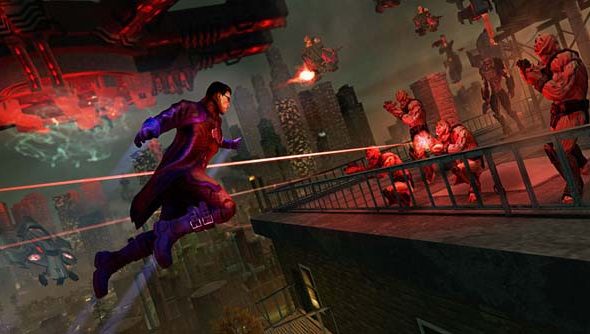 First Volition indicated, with a dramatic wink, that they’d be announcing a new game at their ‘Quiz Show Hour with Volition’ panel at PAX Prime this weekend. And then came the exaggerated nudge: an email containing a dirty great image of the fleur-de-lis – the lily flower symbol of Saints Row.

I think we’ve all cracked the code by now, haven’t we?

The lily is printed on the wooden body of a Ouija board. The sixes are an odd feature – I thought we were only up to five? – but obviously, three sixes make the Number of the Beast.

“Something wicked this way comes,” reads the accompanying slogan. It’s fair to predict that Saints Row 5 will see Volition leap thematic ships from the superheroic to the supernatural. 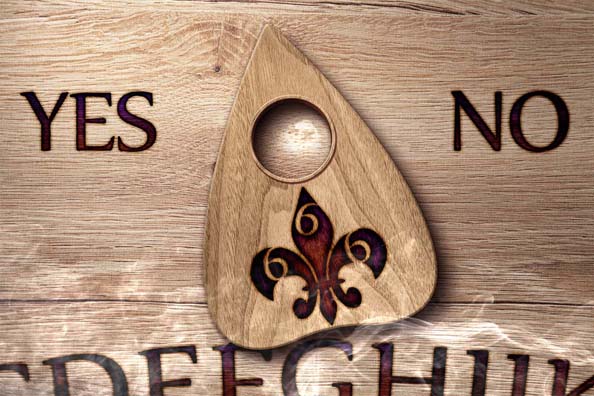 Volition’s PAX quiz this weekend will end with a look at “exclusive gameplay, art, and details for an upcoming project from Volition”, we’re told.

Its panel will feature Deep Silver brand director Aubrey Norris, Volition creative director Steve Jaros, producer Jim Boone and Natalie Lander – the voice of Saints Row’s Kinzie. Which is a bit of a giveaway, isn’t it.

Saints Row IV was one of the best PC games of 2013. What did you like best about it?