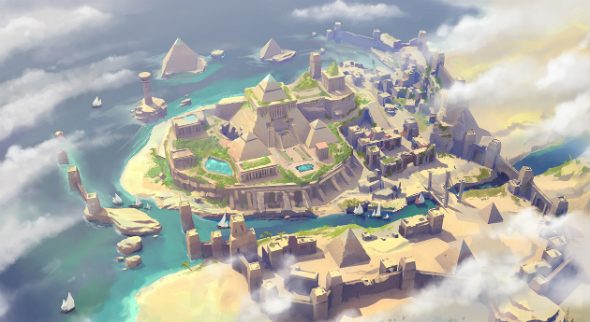 You might have heard of Improbable recently – mostly because they received a boatload of cash in investments. They’re the company behind SpatialOS, which is a “computation platform that allows developers to exceed the power of a single game engine or server”, in their own words. To you and I: they made a thing that makes it easier for developers to create grand projects.

Speaking of grand and huge projects – the world of 4X games is pretty huge, but we’ve got a list of the best.

That’s slightly reductive, but the idea is that developers could use Improbable’s platform in development to easily bring together ideas that would otherwise require a huge amount of processing power or a team of dedicated people working night and day on server infrastructure. For smaller teams, it’s a way to put together impressive worlds without a huge budget.

They’ve partnered up with Jagex, the developers behind Runescape, to use SpatialOS in future projects. The aim, it seems, would be to use SpatialOS to create a world run by “hundreds of game engines”, rather than being constrained by limitations of traditional hosting and development.

There’s no word on what Jagex are planning on doing with SpatialOS quite yet, but with their history developing one of the most influential MMOs ever, the partnership makes a lot of sense. Herman Narula, co-founder and CEO at Improbable, even mentioned being excited about the possibilities of such an “established and well-loved IP” using SpatialOS.

Of course, it could be completely new. With this, Jagex have joined developers like Bossa Studios (the people behind Surgeon Simulator) in using SpatialOS for new projects. With so many other teams that use the platform creating MMO games, it’s hard not to imagine Jagex are doing something similar.