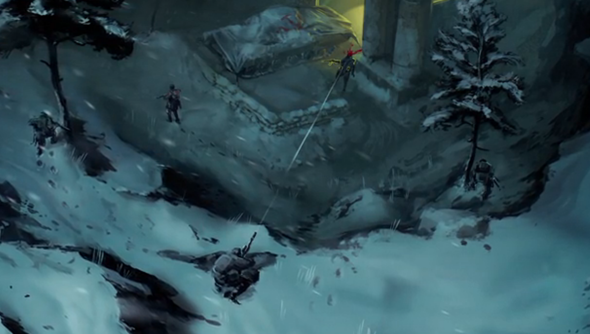 It’s not often that a series is rebooted twice, the only example I can think of is XCOM and, even then, only one of those reboots has seen the light of day. So the news that Jagged Alliance has a new developer working on a modern version of the 90s turn-based shooter, after the lacklustre reception of last year’s reboot, is a tad surprising.

Yet, that’s exactly what Full Control are up to. Though, they’re going to Kickstarter to get it funded (guess publishers aren’t convinced with a rebootquel).

Full Control’s game would head back to 80s Cold War Europe and detail the formation of the Association of International Mercenaries (A.I.M), the organisation at the heart of the original games.

While Full Control are currently hard at work on Space Hulk, they plan on working on pre-production of Flashback as they finish up on the Warhammer 40K board game conversion. They already have the rights secured from publisher bitComposer but they say they didn’t approach the company for funding so that they would be able to develop the game with full control (ho ho) of the property.

Features they plan to include go a little like this:

They’re seeking $350,000 to develop the game and are currently $25,000 of the way there. You can read more about the project and pledge, if that’s your style, over here.