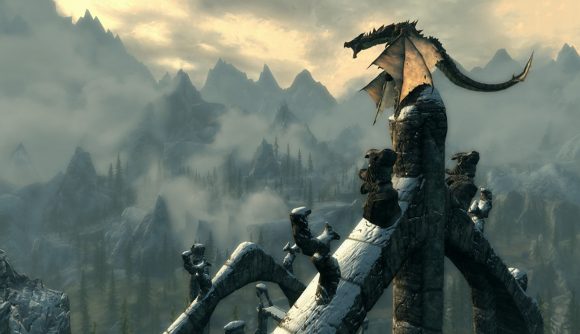 Jeremy Soule’s music has been an iconic part of many classic games, but the Elder Scrolls series is certainly the most notable. The composer has a new project out there with a set of original compositions, and he’s okayed them for use in among game makers – no licensing required, just so long as you offer credit “where possible.”

That includes both “mods and full games,” whether they’re released for free or commercially. Soule’s not going full open-source with the music – “I still maintain this IP,” he says on Twitter – but he’s offering the chance to use the music for anything gaming-related. Just don’t expect to get the same terms if you’re looking to use the tracks in a short film.

If you want to use those tracks (or just listen to them), they’re up on YouTube as part of The Northerner Diaries. This is technically just a preview of a larger work that Soule has been putting together for years now, but for the moment these ‘symphonic sketches’ are all that exist of the full album.

Of course, it’s impossible to talk about The Northerner without heading back to the 2013 Kickstarter it began with. The recordings were supposed to be delivered in September of that year, but it was only in 2017 that the first previews were launched to backers – a year later, that’s still pretty much all we’ve seen.

Regardless, if you’re looking to liven up your mod project or indie game, a new set of tracks from Jeremy Soule certainly wouldn’t hurt.