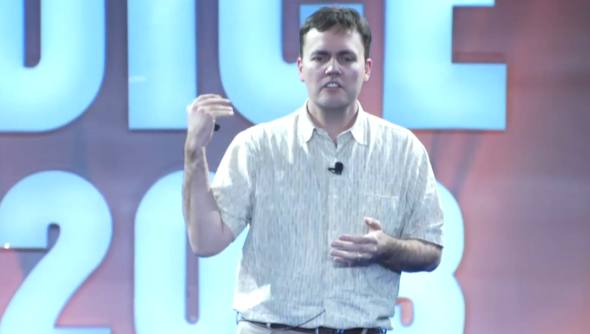 In an impassioned presentation at DICE 2013, Puzzle Clubhouse CEO and respected analyst Jesse Schell spoke about the importance of getting people to want to try your product. Or not. It turns out that if you’re selling a video game, it would be wise for you to not let people try a demo of it.

Surprised? The numbers back him up.

Producing a graph of Xbox 360 sales figures to illustrate his point, Schell explained how the games that sold the most were games that built expectation in players, that people wanted to try, but that didn’t offer them the opportunity to do so through a demo. “You mean we spent all this money making a demo and getting it out there, and it cut our sales in half? Yes, that’s exactly what happened to you,” he said.

Instead, the way to generate the best sales figures was to tease gamers with a trailer, with something that makes people want to try a game, but then give them no way to do so beyond picking up a copy of the game. “The things with no demo, you’ve gotta buy it if you want to try it,” he continued. The risk you take in making a demo is that people will try your game, but that’s all they’ll ever do. They may not have the desire to then go on and buy the full game.

Naturally, gamers love demos for just this reason: we get to try before we buy and we get to make our minds up about titles that we aren’t sure about. Schell’s point is a very mercenary one and makes perfect business sense, but I for one would be much sadder in a world without demos.