There’s a poster for John Wick: Chapter 3 that positions Keanu Reeves in the path of an oncoming weather front, an angry dark cloud made up of thugs in suits. Within the roiling mass are guns – scores of them, all pointed at Wick’s head. It’s a striking piece of action movie art meant to evoke impossible odds: how can he get out of this one?

John Wick Hex teaches you how. It is, as my dad and Desmond Tutu before him once said, like eating an elephant: a matter of tackling the meal one bite at a time. This is a turn-based tactics game that will appeal if you’re a fan of XCOM, but it’s no place for long-term strategy. There is no overarching plan that will see you from one end of a room full of goons to the other. Instead you have to do as Wick does: react, react, react, until the bodies pile high and the gunfire quiets.

Your tools are the same as those of your enemies: punches, parries, pushes, and whichever loaded gun is closest. Your advantages are a slightly faster trigger finger, a thicker health bar, and the mind of John Wick. You spend the majority of your time occupying the thin mental space where Wick does his work, analysing the scene before him. Mercifully, in Hex, that split-second lasts as long as you need it to.

Hex plots your moves, and everyone else’s, along a timeline at the top of the screen. There you can see exactly what’s coming and when precisely it will happen. A hit of any kind will interrupt a planned attack, so the trick is making sure that yours land first. 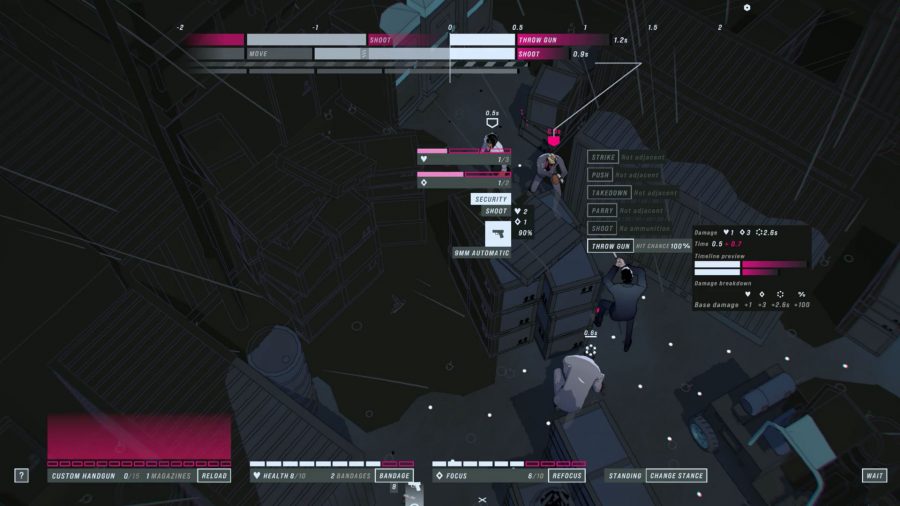 Inevitably, though, you’ll fall into situations where preventing every shot is impossible (Hex loves to test your footwork by throwing combinations of ranged and close-combat opponents at you). In those encounters, you have to settle for minimising the probability of being hit – crouching and rolling out of danger, or forcing other enemies in front of you.

There was a danger that slowing Wick to a halt would take the action out of the action hero. But there’s a tremendous sense of momentum to Hex. Each microcosmic puzzle rewards decisive action, and I found myself playing at speed, almost reflexively. What’s more, the constant motion is not just in the moves but the levels: every stage of Wick’s journey is presented as a series of set pieces with a boss at the end – a reflection of his single-minded purpose.

This simplicity works in Hex’s favour, but it also makes for a simple story. Those won over by the knotty moral choices of Bithell Games’ Subsurface and Quarantine Circular shouldn’t expect more of the same here – there isn’t room in Wick’s world for doubt. 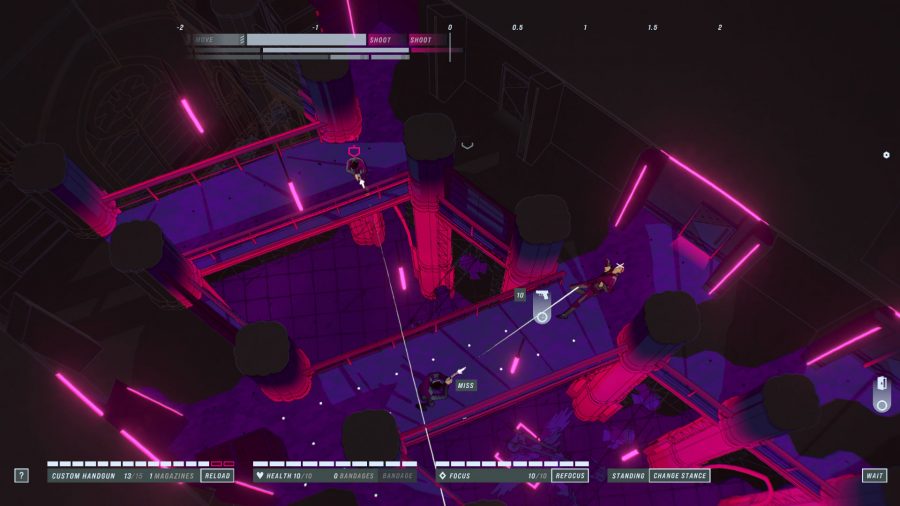 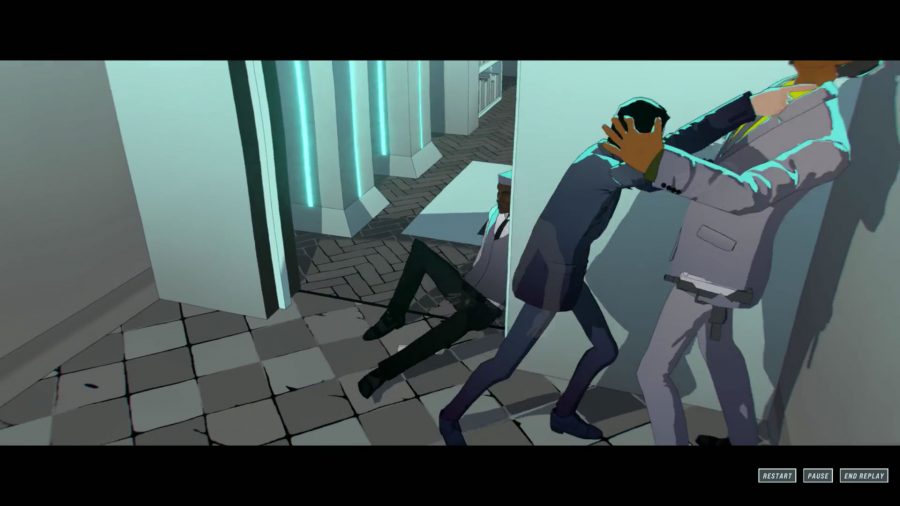 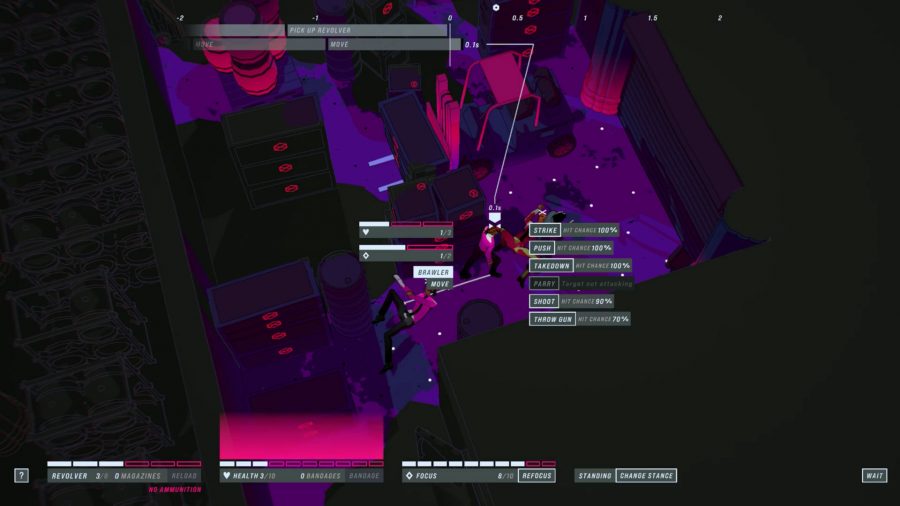 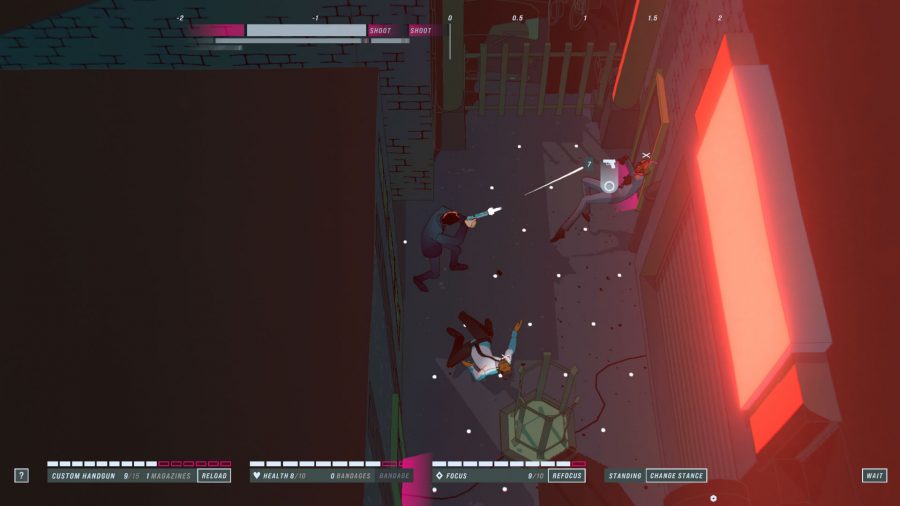 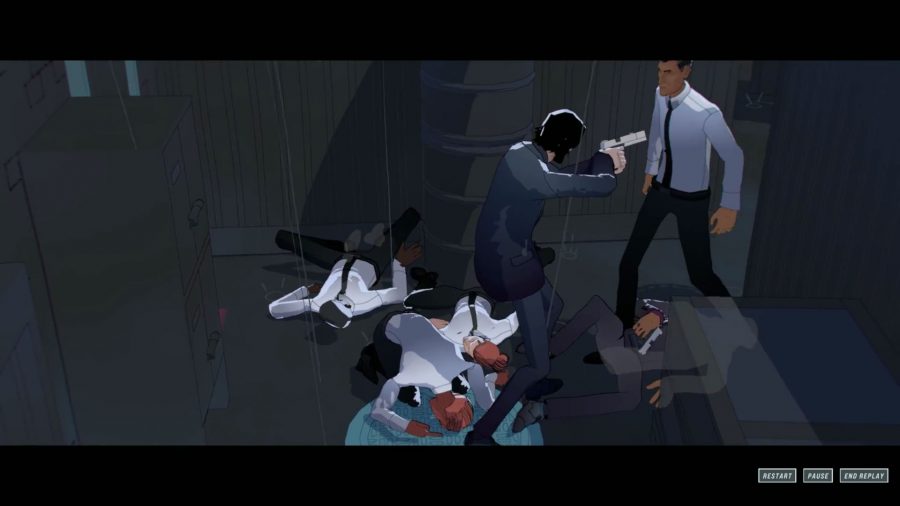 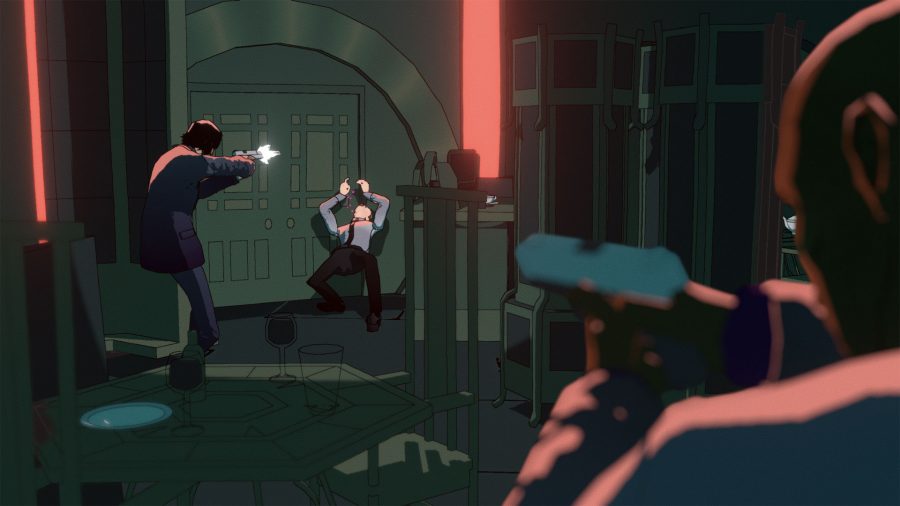 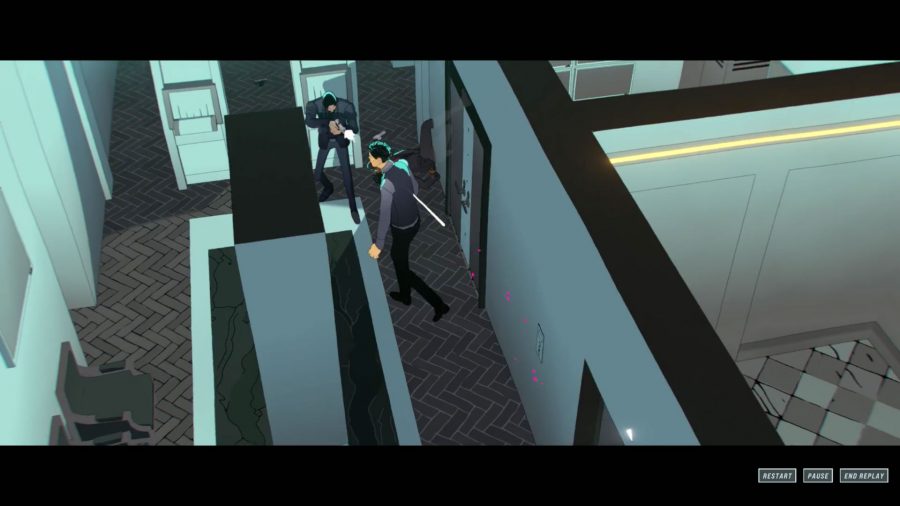 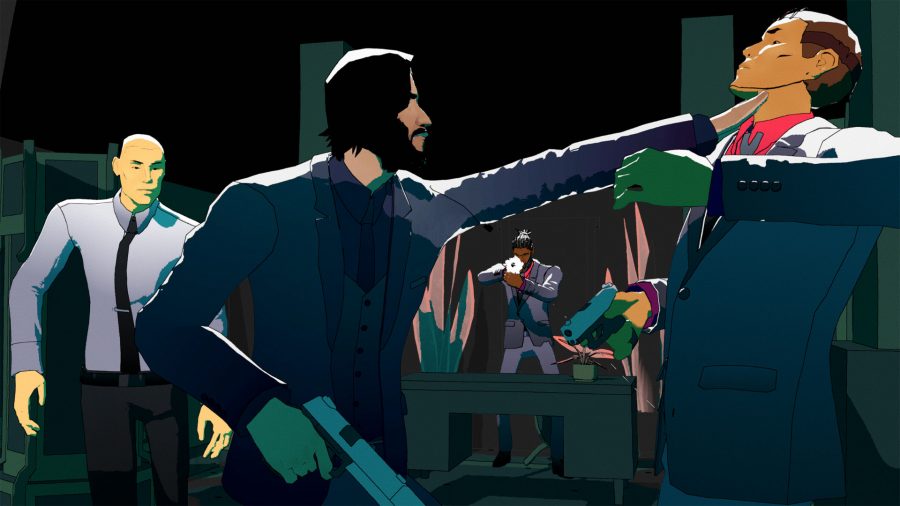 Set before his doomed retirement, the game concerns the kidnapping of two friends from the hitman-friendly Continental Hotel, Winston and Charon. It’s a setup that allows Bithell to comment on the underworld code and currency that constitutes the most intriguing part of the Wick films. But it leaves Wick himself at arm’s length. Winston, Charon, and the villain, Hex, narrate his exploits from a distance, leaving Reeves bereft of his one-liners.

It’s the small stuff that sells the pauses in John Wick Hex’s turn-based action: the rain suspended mid-drop, the ceiling fans that still their rotation. But my favourite granular detail is the lobby metal detector that beeps in apparent tribute to The Matrix whenever a combatant passes through.

That said, John Wick Hex has no trouble in exporting the style of the movies. There are familiar locales, like the docklands, where yellow bollards recall the final fight of the first film. Wick’s hunt takes him through the grand art galleries and banks where crime enjoys a veneer of respectability to the subterranean places where its heart beats. The veins that take you there are vivid and varied.

Then, when each level is over, you can watch back in real-time, enjoying the fight you’ve choreographed by ear as cinema. There’s a certain clunkiness that comes with the turn-based territory – at times Wick transitions clumsily between moves, as if he’s learned them from an instructional video a la Napoleon Dynamite.

Sound and music bugs, meanwhile, can undermine the punch of these scenes. But often, played-back fights are so uncannily like the real thing you could slip them straight into any Wick film without embellishment. I can think of no higher praise for an adaptation.

Much like the man himself, John Wick Hex is straight-ahead and unwavering. It sets out to do one thing - simulate the fights of the movies - and does so with consummate efficiency.