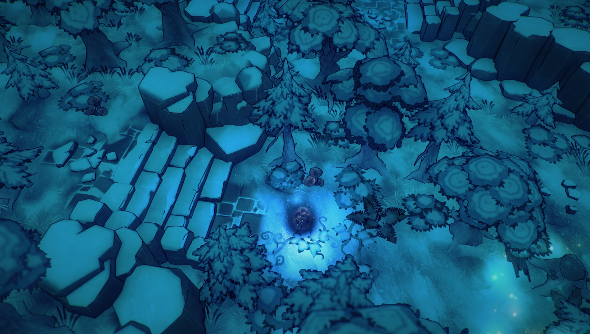 You may not have heard of Journey of the Light, but it’s perhaps the most controversial PC game of the moment. It’s a very difficult puzzle game set in a fantasy-like world, and when we say ‘very difficult’, we mean impossible. The game has, according to developer Lord Kres, seven levels. But frustrated players have discovered that the game apparently has just one, unsolvable level.

It seems they’re onto something too, since Steam are now offering refunds on the game regardless of how long you’ve played.

This post on Imgur tells the in-depth story. In summary: the game has achievements for the subsequent levels, but only developer Lord Kres has some of these. There are levels numbered beyond level 01 in the game’s files, but tricking the game into loading them only loads the first level, leading players to believe this is the only level that Lord Kres has developed.

It appears the first level has been made impossible to solve so players cannot progress onto subsequent levels because they have not been created. Developer Lord Kres made an announcement on the Steam Community saying “It seems that i did something wrong when i released the Bug Fix #1,” which is the cause for the missing levels, but if this is the case there seems to still be no fix.

Lord Kres has spoken with the game’s community several times, helping with clues and suggesting that the game’s Steam cards would help solve the puzzles. The Imgur post notes that Steam cards won’t drop until after two hours of play, which would traditionally mean you wouldn’t be able to get a refund.

Lord Kres has already pointed out that Steam refunds were damaging his sales heavily, but the picture is likely to get worse for him. The situation has clearly been deemed by Steam as unacceptable, and now every player – regardless of if they have played under two hours or over – can now get a refund on the game.

“We have enabled refunds for all owners of Journey of the Light, regardless of playtime or purchase date. If you wish to receive a refund for this title, please click the link below and follow the instructions on the Support Site,” reads Steam’s post on the community page. The game has also been pulled from sale.

Have you played Journey of Light? Have you claimed a refund?