With the likes of Marvel’s Avengers: Infinity War and Super Smash Bros. Ultimate competing for the coveted title of ‘the most ambitious crossover event in history’, Jump Force is set to fly the flag for the world of anime.

Commemorating the 50th anniversary of the Shonen Jump manga magazine, Jump Force is a fast, frenzied 3v3 tag-team fighter with a roster pulled from across the beloved publication’s history. The current line-up is taken from the magazine’s most popular entries, including Dragon Ball, One Piece, Bleach, and Naruto. With Dragon Ball FighterZ already lighting up anime and fighting game fans this year, you’d be forgiven for thinking this is more of the same, but Jump Force looks like a very different beast.

Where Dragon Ball FighterZ developer Arc System Works faithfully recreated the look of the original Dragon Ball anime, even deliberately cutting frames of animation, the team behind Jump Force at Spike Chunsoft is going to the other extreme. Character models are rendered in such hyper-realistic detail that one look at the skin on Goku’s ripped body would have you think he belonged in Soulcalibur VI.

Fortunately, the faces of the fighters still have that hand-drawn look, but the overall effect is akin to your favourite anime characters getting the live-action movie treatment. 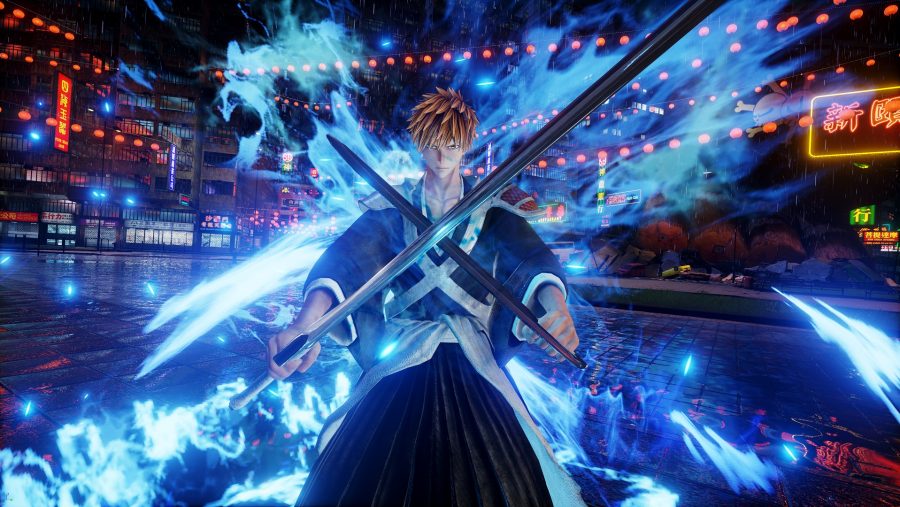 That’s not far from Jump Force’s premise. The stages available in the demo take the larger-than-life showdowns to real-world locations, including New York in a cleared out Time Square, a neon-lit Hong Kong, and the Matterhorn in the Alps where you can pummel your opponents into glaciers. Even the head of the Statue of Liberty shows up in the Dragon Ball planet of Namek, which suggests a collision between our world and the Shonen Jump universes.

mash strikes, spam abilities, and launch your foes through mountains and skyscrapers

Rather than fighting on a 2D plane, environments are fully 3D with the camera constantly moving around in a blur to stay behind your fighter. Whether this spectacle will be complimented by depth within the fighting systems is harder to discern at present as the only opponent in the demo poses little threat. This much can be said: simple combos are executed by mashing light and heavy attacks, while a dash button quickly closes distance. Each character also has three unique abilities that cost energy to unleash, but given how quickly you can build this meter up (you can just hold a button to charge it), it’s easy to trigger these multiple times per bout.

Other moves include support attacks from teammates and tapping a button at the right time when your opponent attacks for a counter or dodge. But offensive-heavy play is clearly emphasised in Jump Force, as you mash strikes, spam abilities, and launch your foes through mountains and skyscrapers. 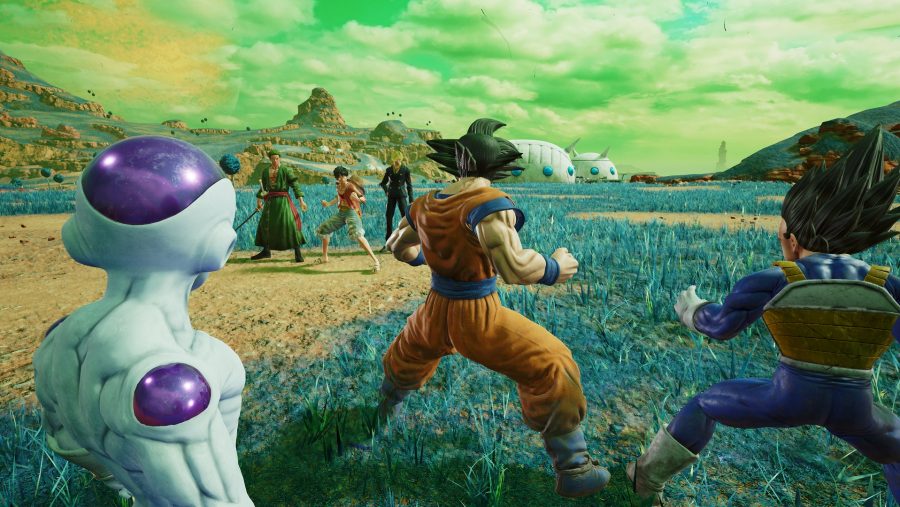 It’s also peculiar that, unlike other tag-team fighters, you share just one health bar across your trio of fighters, greatly reducing the length of matches. If you happen to KO your opponent before they even have a chance to switch characters then you won’t see the other two at all.

Still, it’d be premature to dismiss the game’s quick and accessible nature when professional players have proven how the simple mechanics of Dragon Ball FighterZ and Super Smash Bros. can still produce ridiculously high-level play. With no fixed release window other than 2019, there’s still plenty of time for Jump Force to show us how it’ll stand out as it attempts to do justice to Shonen Jump’s rich 50-year history.